It's really hard not to laugh at Spain's inability to handle cold and snow. I know they're not used to it, but really, when I see articles like this one in the paper, I giggle. "Fourteen (of Spain's 17) regions are on alert because of low temperatures." The article goes on to say that the lowest of these low temperatures was -15 Celsius (about 0 Fahrenheit) on a mountaintop somewhere. 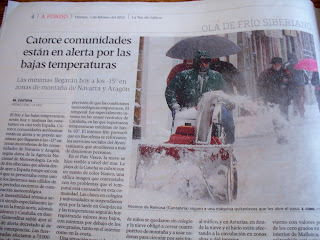 I admit, I have a personal gripe with Spain's inability to keep it together when there's snow. The photo below illustrates how "bad" the snow was in Dec. 2009 when I got stranded in Madrid Barajas Airport for 4 days because almost all flights going out were canceled. 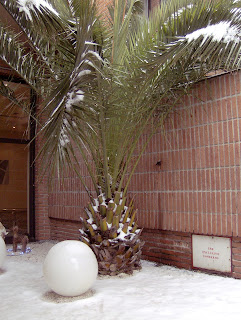 Madrid, Dec. 2009
But really, when you went to university in a place with snowdrifts that look like this: 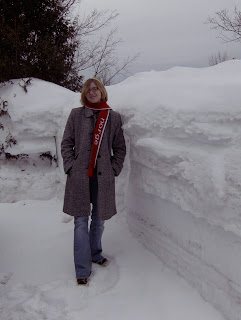 Maine, 2008
And you're from a place where you feel the need to dress like Ralphie's little brother to go outside, kind of like this little guy: 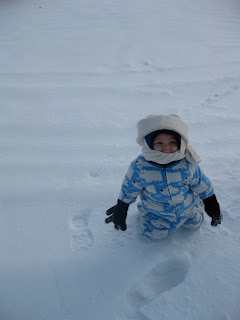 Wisconsin, 2009
...all of this freaking out seems a little silly. However, I admit there isn't even snow here, so the extent of my experience with people losing it is from reading the paper and also from a few years ago.
...and I also admit that they may have converted me on the temperature thing, because now anytime anyone says it's going to be below 0 Celsius, I say "brrrrrrr." But I live in a piso that has no heat, so maybe you won't fault me on that one.
So I guess what I'm saying is that I'm half laughing at them being silly and half worrying that I'm turning into one of them.
Of course, perhaps none of "them" have heat in their apartments either! I guess Spain isn't SO silly after all. But maybe they should practice dealing with snow...just in case.
Posted by Alisa at 10:36 PM