An Argument for Places With Bad Weather 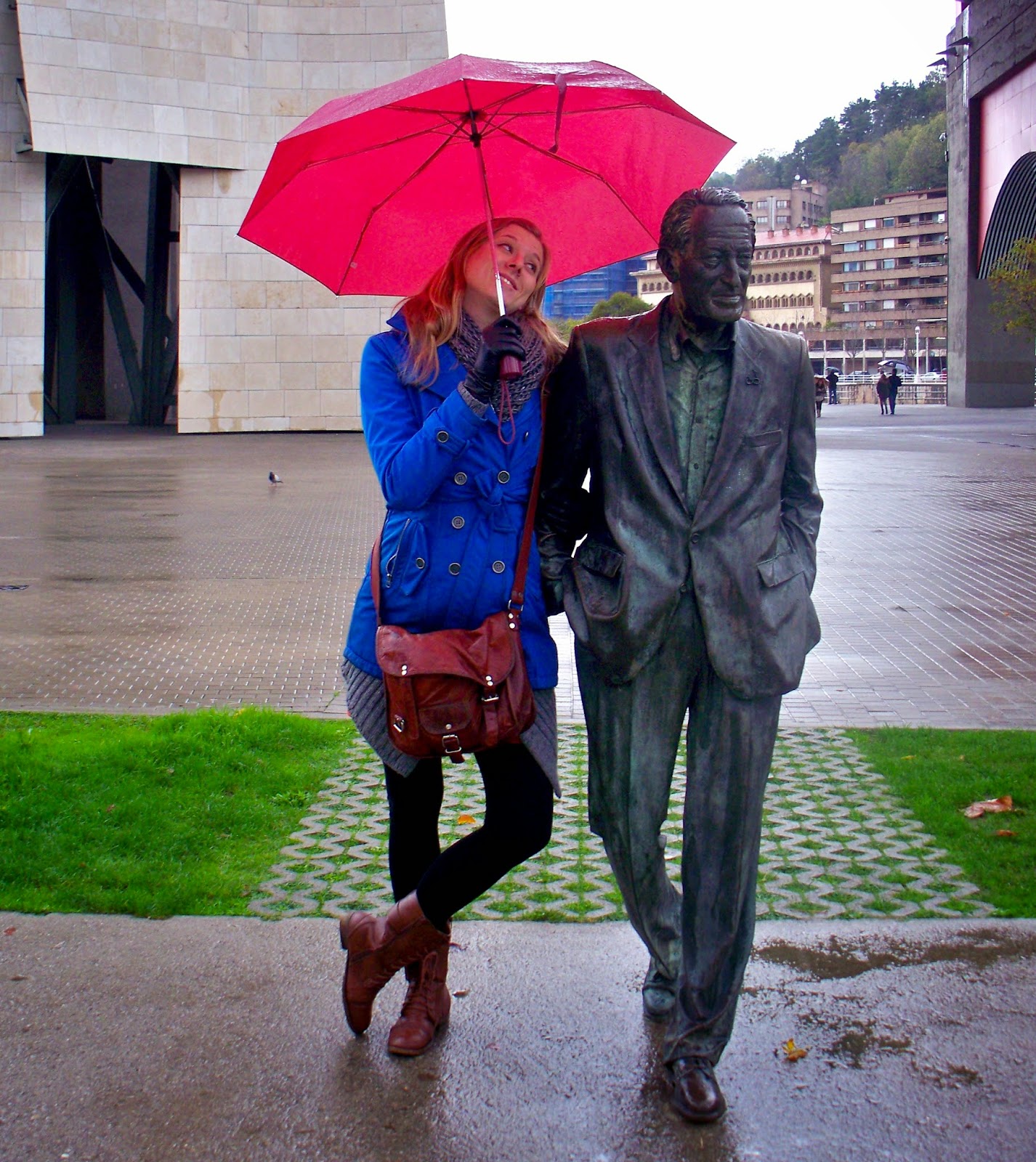 This past weekend, I was taking a more-than-slightly damp walk through El Retiro in Madrid with a fellow former assistant teacher who was in Galicia at the same time as me. As we squished along, we started reminiscing about the rain in my favorite community in Spain. As I know very well by now, the rain in Spain does NOT fall mainly on the plain! The rain in Galicia was a constant companion, and I came to find its presence more comforting than anything else. The big rainstorm here on Saturday was one of only a handful since I arrived in this desert last August, and it made me think about how I really miss chilly, cloudy days.

I know people think I'm strange for saying this, but I love places with bad weather. I can't tell you how many arguments I've had with people who've tried to insult the various places I've lived in my life (which, with the exception of Alcalá de Henares, are all known for their not-so-stellar weather). They ask why I wouldn't want to live somewhere like the south, where there is sun and heat and beaches. And I say, "Bleh."

Why? Well, first of all, I hate hot weather. Anything above about 25˚C (77˚F) is too hot for me and makes me super uncomfortable. But if that weren't enough, I have all kinds of reasons I like bad weather. Some of them are superficial, like the fact that I think winter clothes are cute, and that I like winter sports better than summer ones. 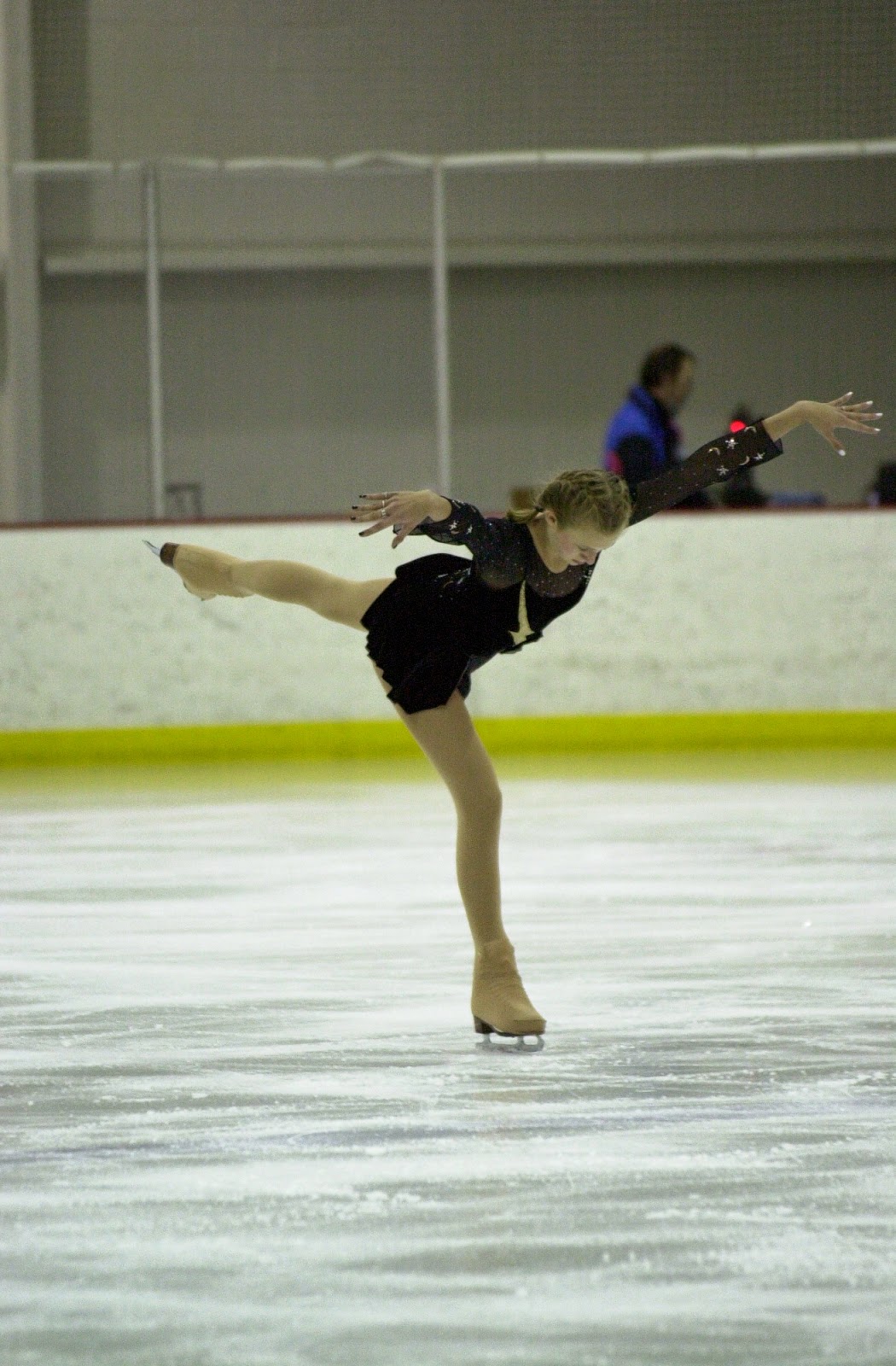 However, I also have more philosophical reasons, things that I think touch on the core of my personality type.

Everywhere I've ever lived (Spain, France, the USA), people have told me about their theories that people from the South are very open to strangers but that they're also kind of fake, and people from the North are difficult, cold and unfriendly at first, but once you make your way into their hearts, you'll be friends forever. Is this true? I can't say for certain, although my confirmation bias and the fact that I am a born-and-bred northerner says YES, 100%.

What I do think is true about the people from these northerly latitudes is that they are forced to be more resilient. When it rains every day for 6 months, you don't whine about it, you just get boots and an umbrella and go about your business anyway. When your car is buried in a snow avalanche, you shovel it out as best you can and drive much more carefully to work. Little things like weather don't get these people down! 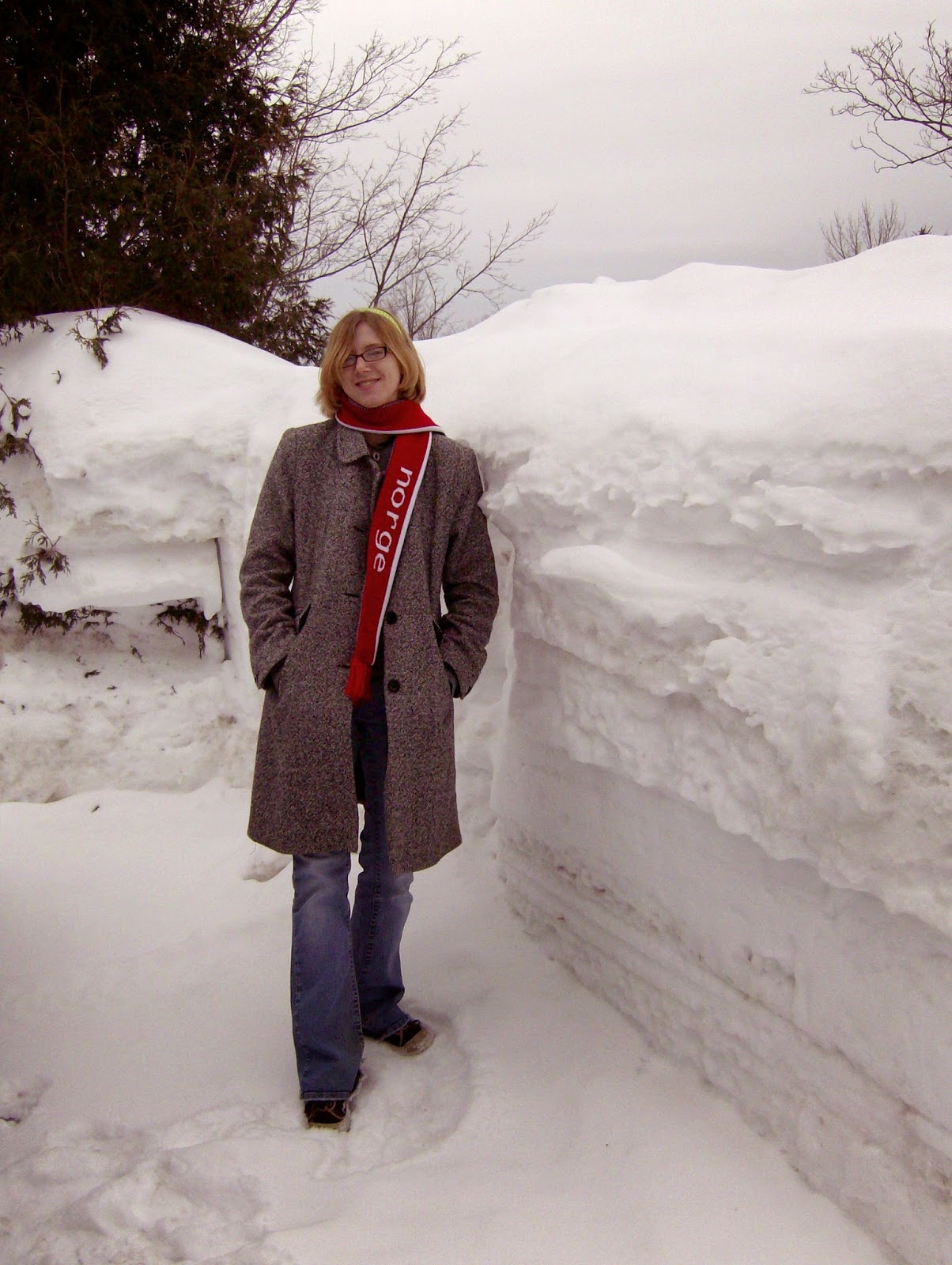 And when you're used to bad weather, you don't complain about it so much. It's a fact of life, not something to mope about! And in fact, there is a great deal of beauty to be found in stormy weather, which you only begin to notice when you're exposed to it repeatedly, day after day. 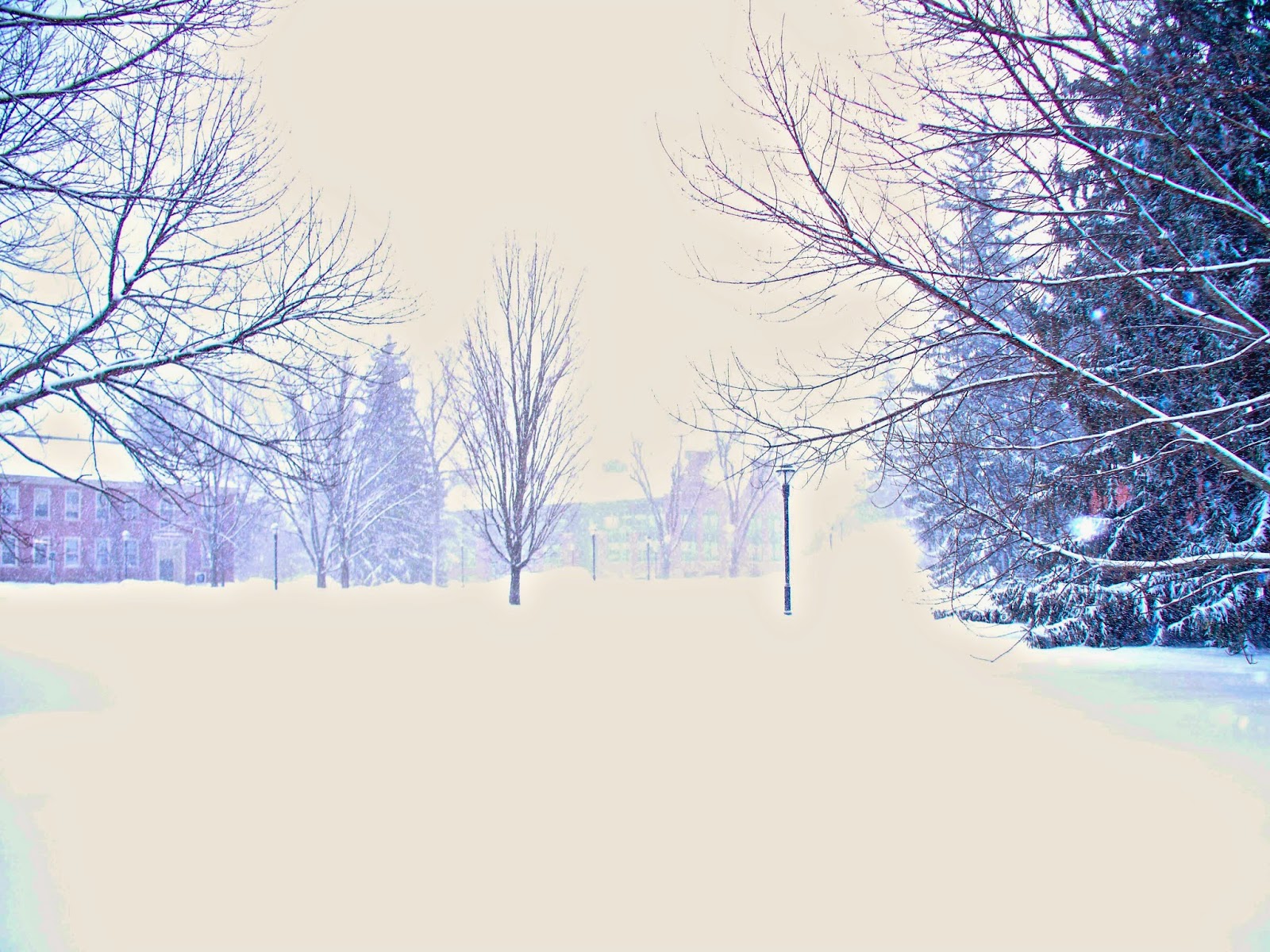 For me, at least, there are few things more magical than a blanket of snow over a field, like an empty canvas waiting to be filled in, or trees painted white by frost. Both of the places I've lived in the USA are great winter wonderlands, and I loved them for it. 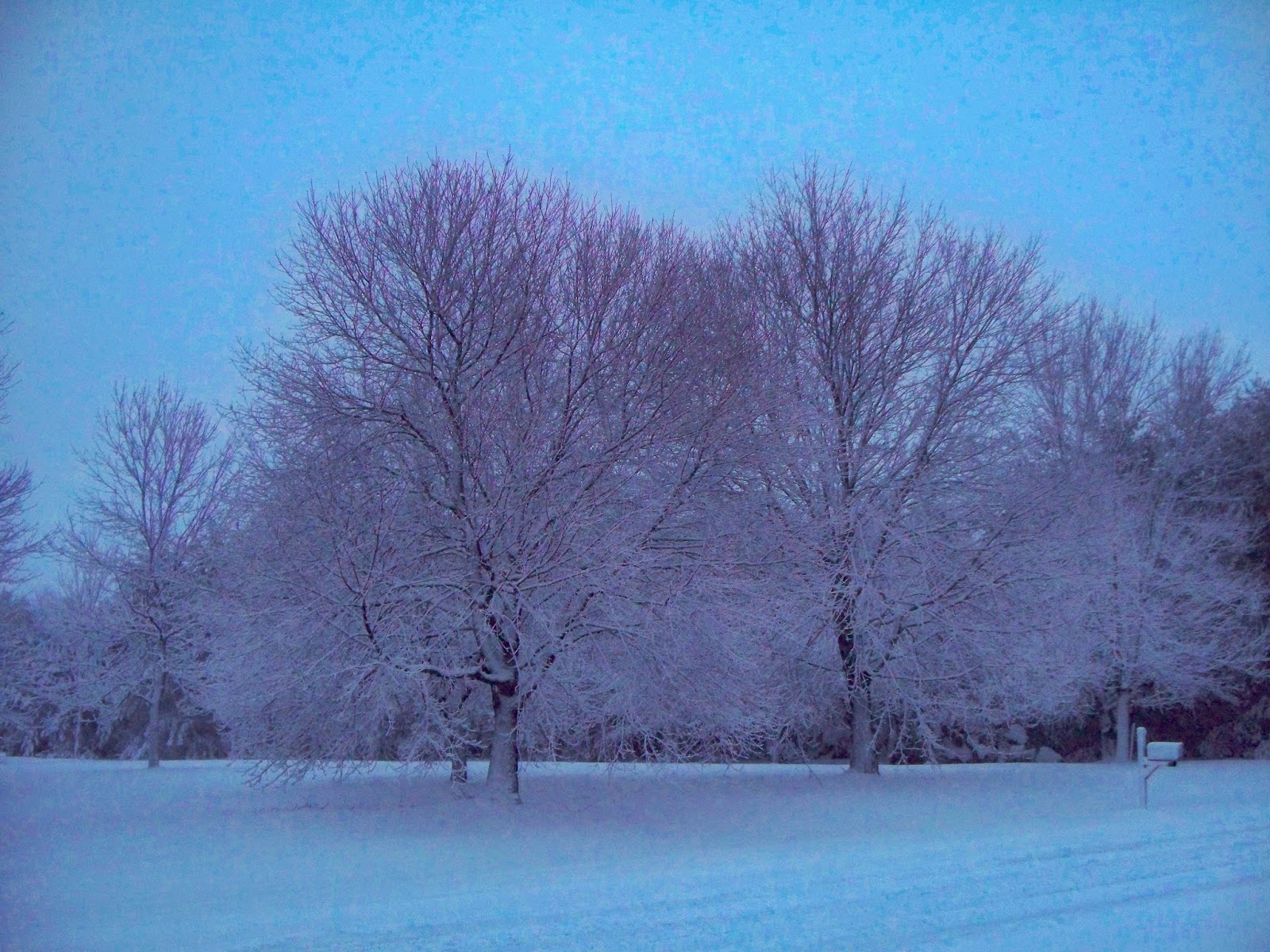 I am equally enchanted by fog rolling over green hillsides, creating an air of mystery and romance. Fog patterns were a topic I became intimately familiar with in my two years in Galicia, and I loved going through foggy forests, then climbing the mountains to see the mist from above. 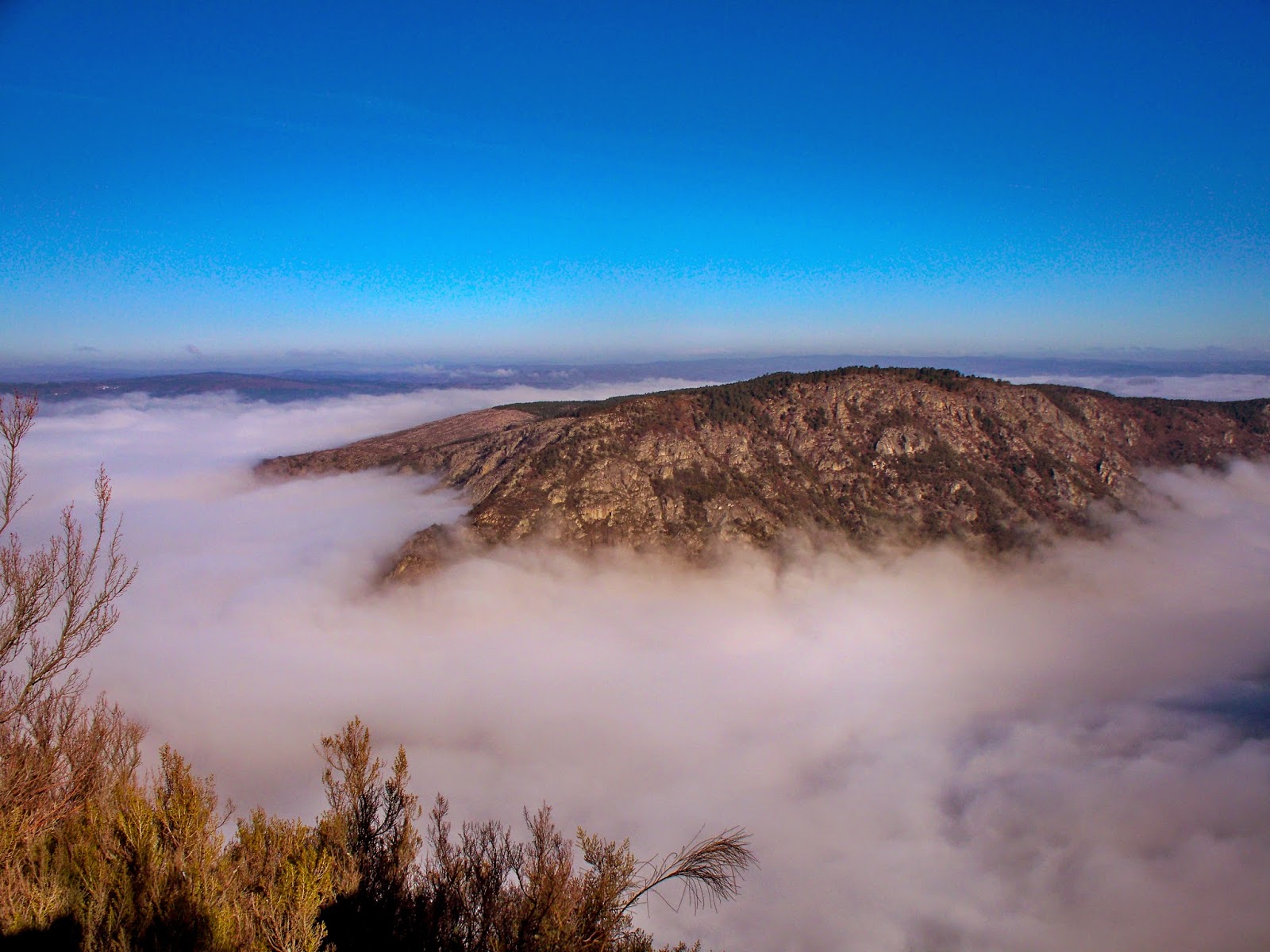 Bad weather on the ocean can also be breathtaking. One of the most amazing moments in my life was watching the grandes vagues (big tides) come into St. Malo. The storm created quite a show, and I've rarely felt so much reverence for the awesomeness of the natural world around me as when the ocean soaked me from head to foot and then broke in the windows of the restaurant where I'd been! 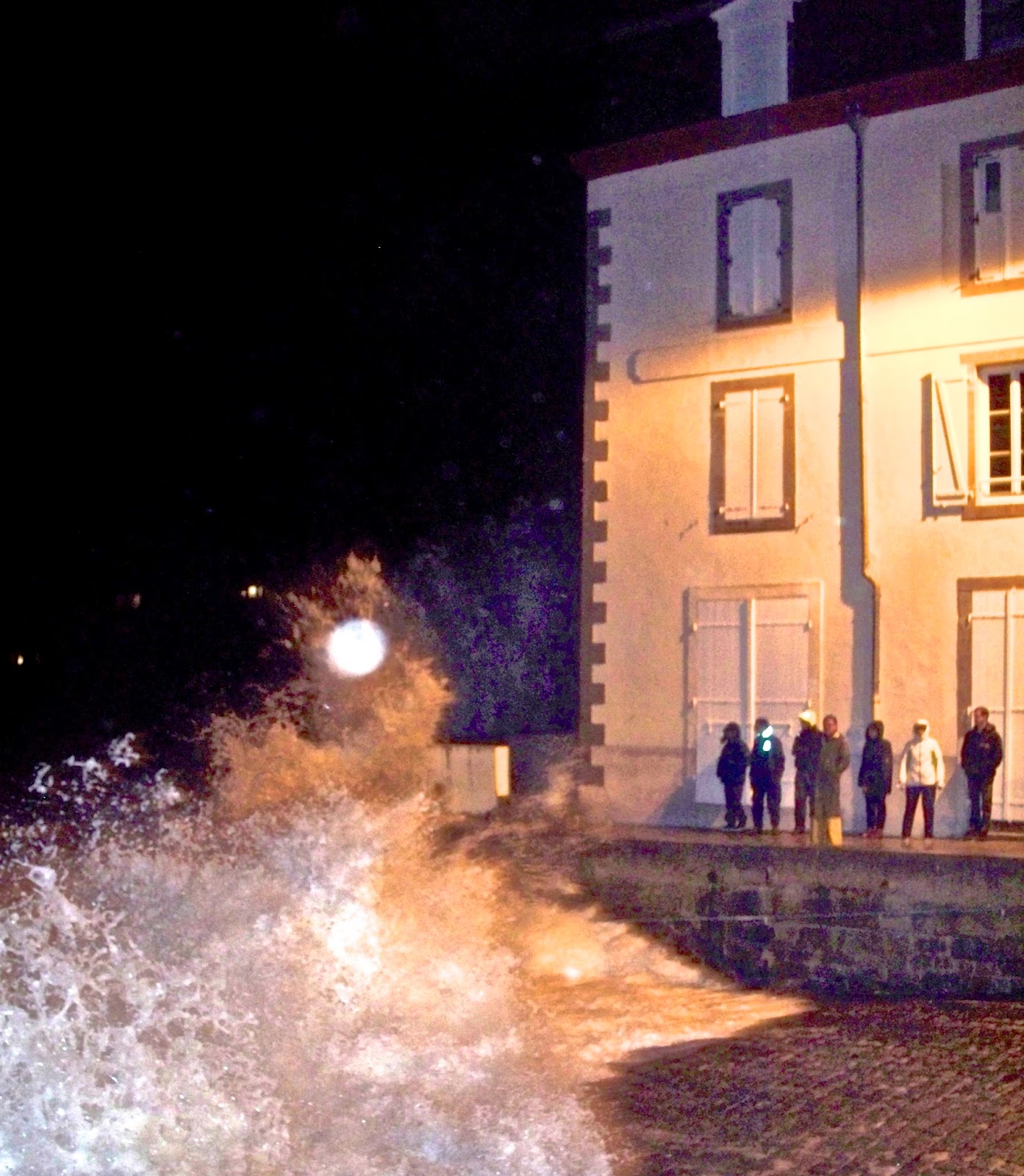 I'm either a very moody romantic or Mary Mary quite contrary, but I like being forced to sit inside wrapped in a blanket with a steaming hot tea on a cold rainy/snowy day. I actually feel guilty when the weather is too good, because I don't like being outside all the time, especially not in the heat and sunshine! Sometimes I'd rather appreciate the beauty of raindrops winding their way down my windowsill. I also enjoy falling asleep to the pounding of raindrops on my roof. There are few things more soothing! 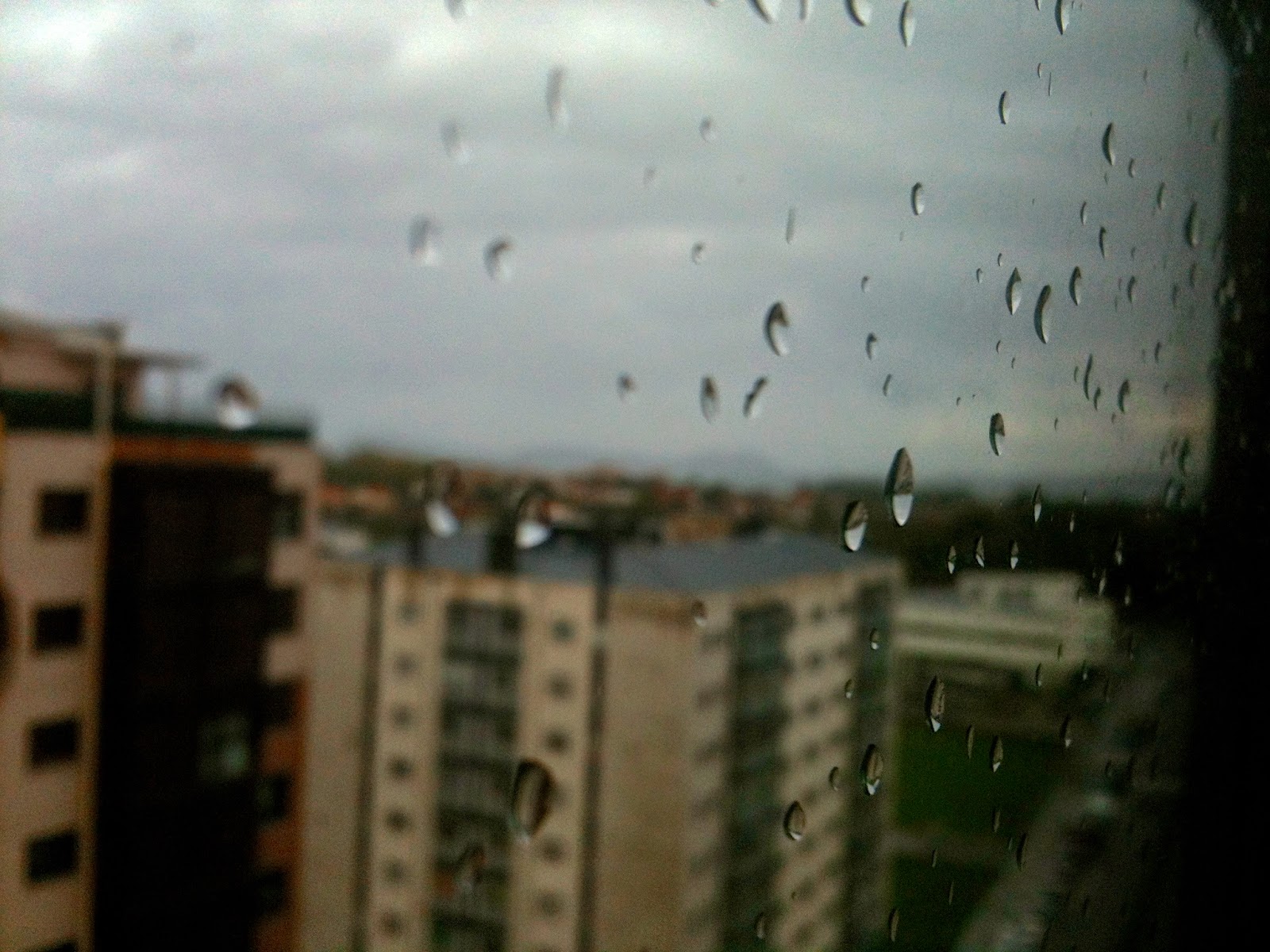 Lots of precipitation has another plus, which is that it turns everything it touches a vibrant shade of green. No, really! I swear, the plants in Galicia are on another level compared with those in other places I've lived. That was good, because when I did feel like going outside and appreciating nature, it was really worth my while! 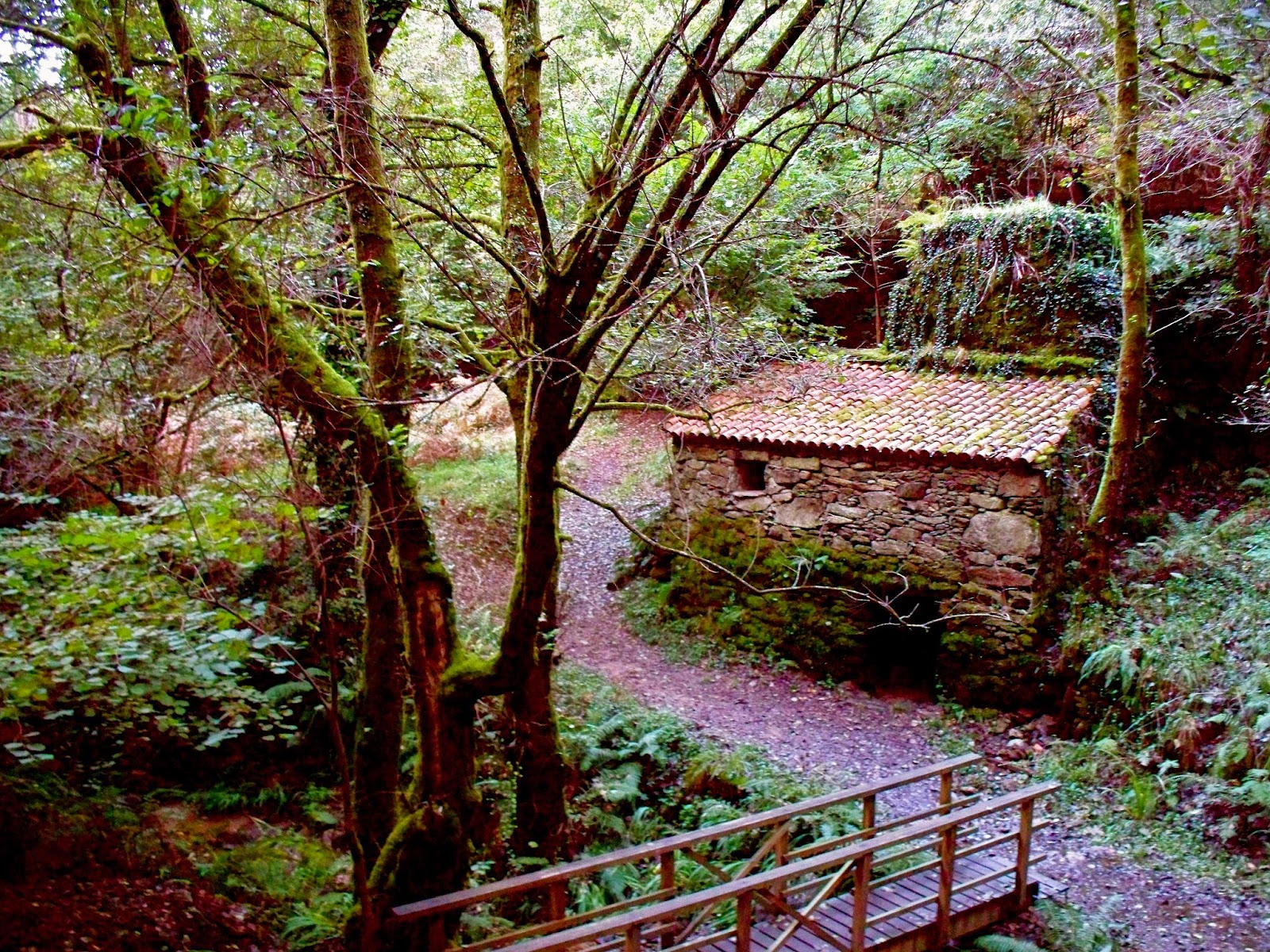 And when you're used to bad weather, you're more able to handle it when you encounter rainy or snowy skies on your travels. You know exactly what to do to keep yourself safe and happy when you need to, because you know all the tricks to living in a place with difficult weather. It never takes you by surprise, like it might for those people used to perpetually warm sunny days! 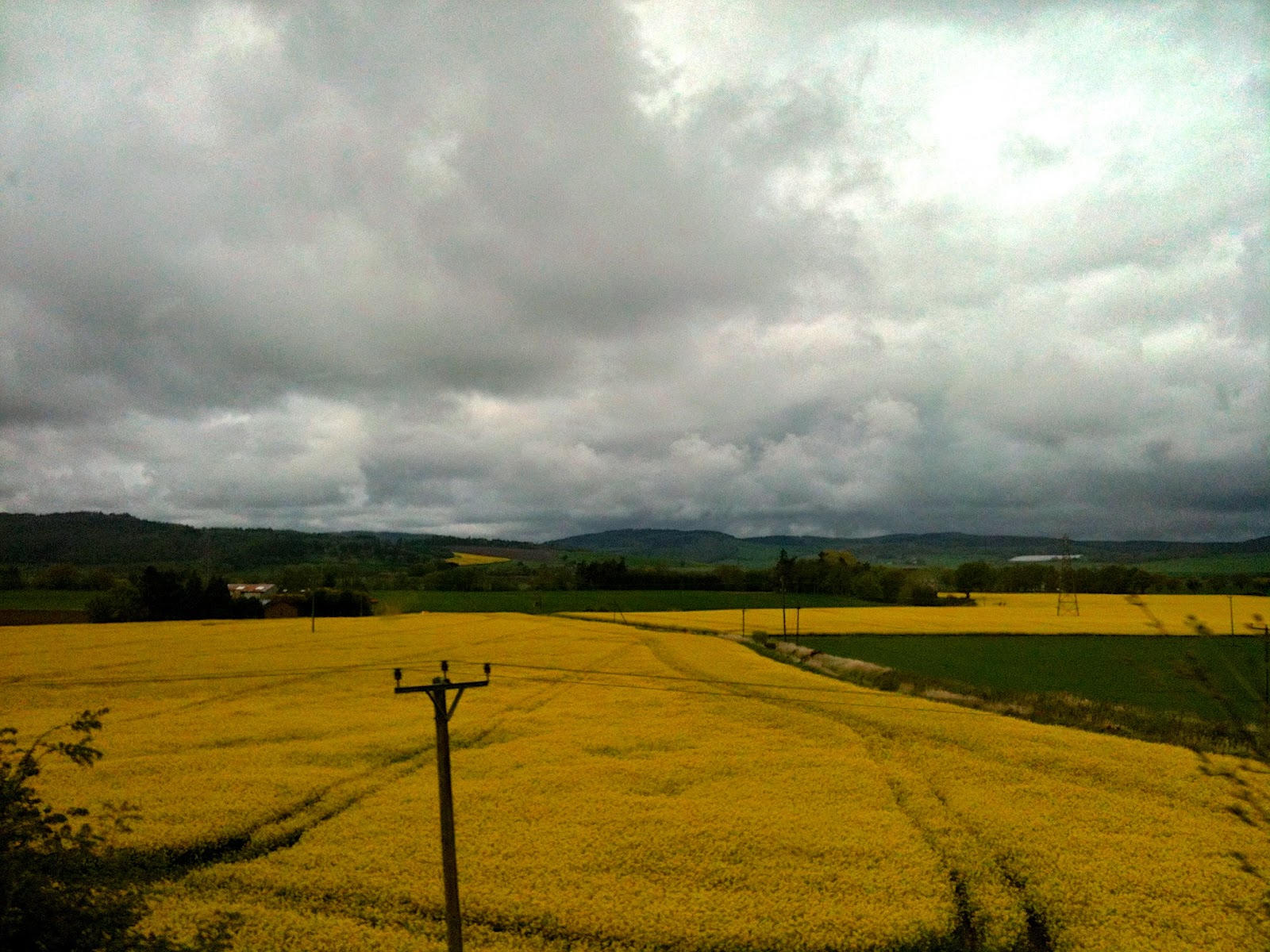 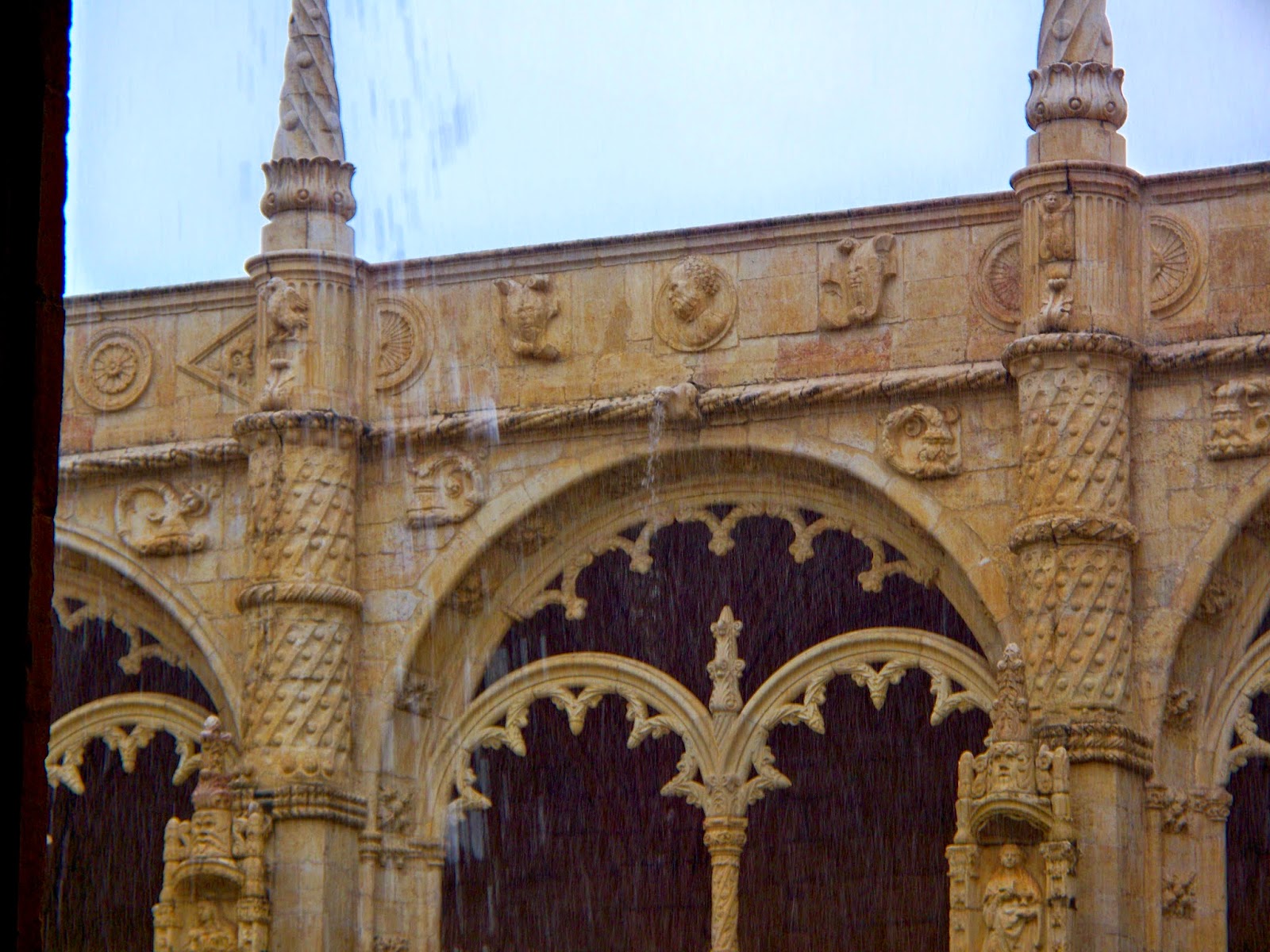 Clouds also create an awesome backdrop for photos, since they make the rest of the colors pop so much. I like going out and taking photos on yucky days because the moody clouds look so pretty! 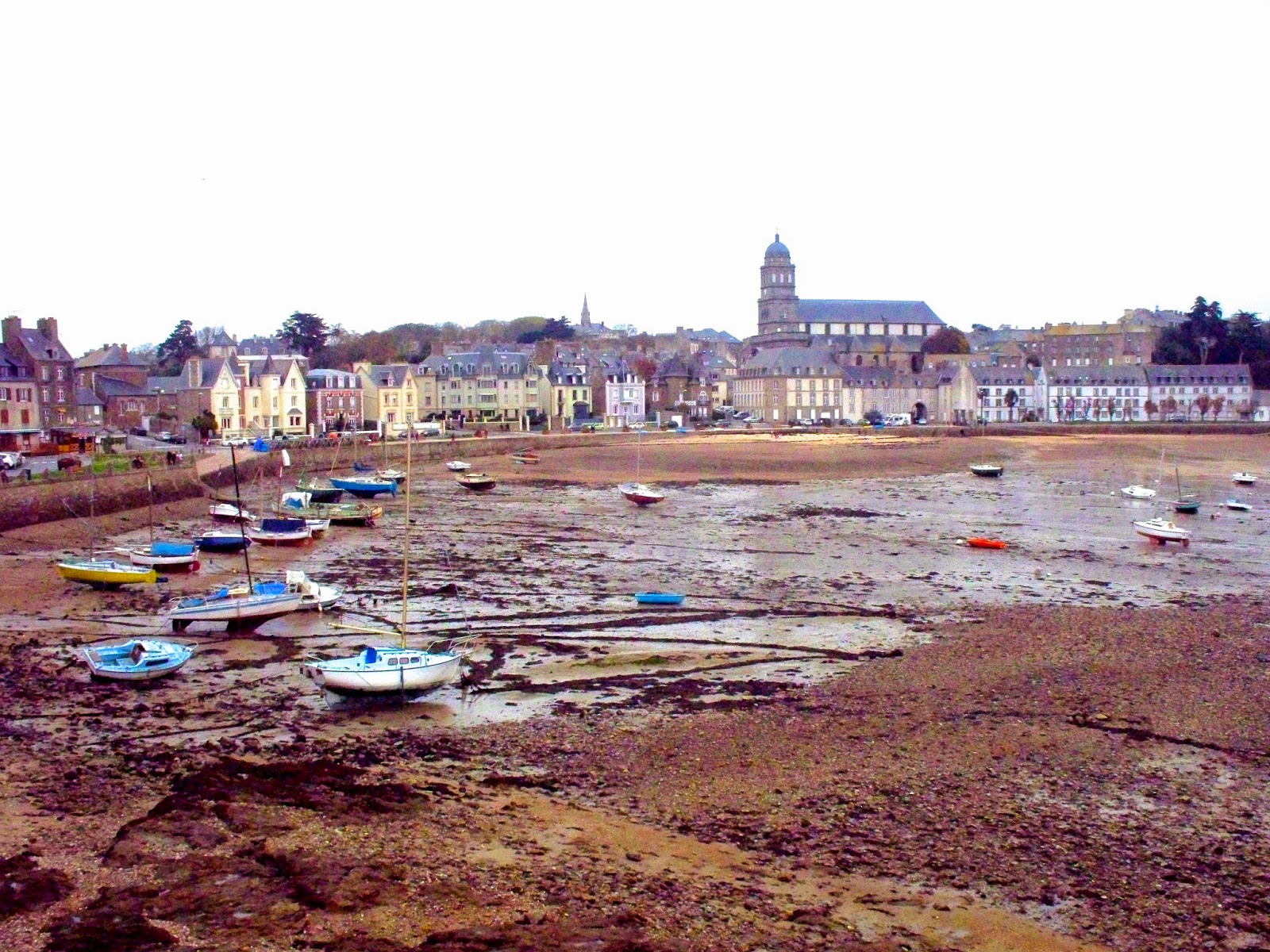 Near where I lived in St. Malo, Brittany 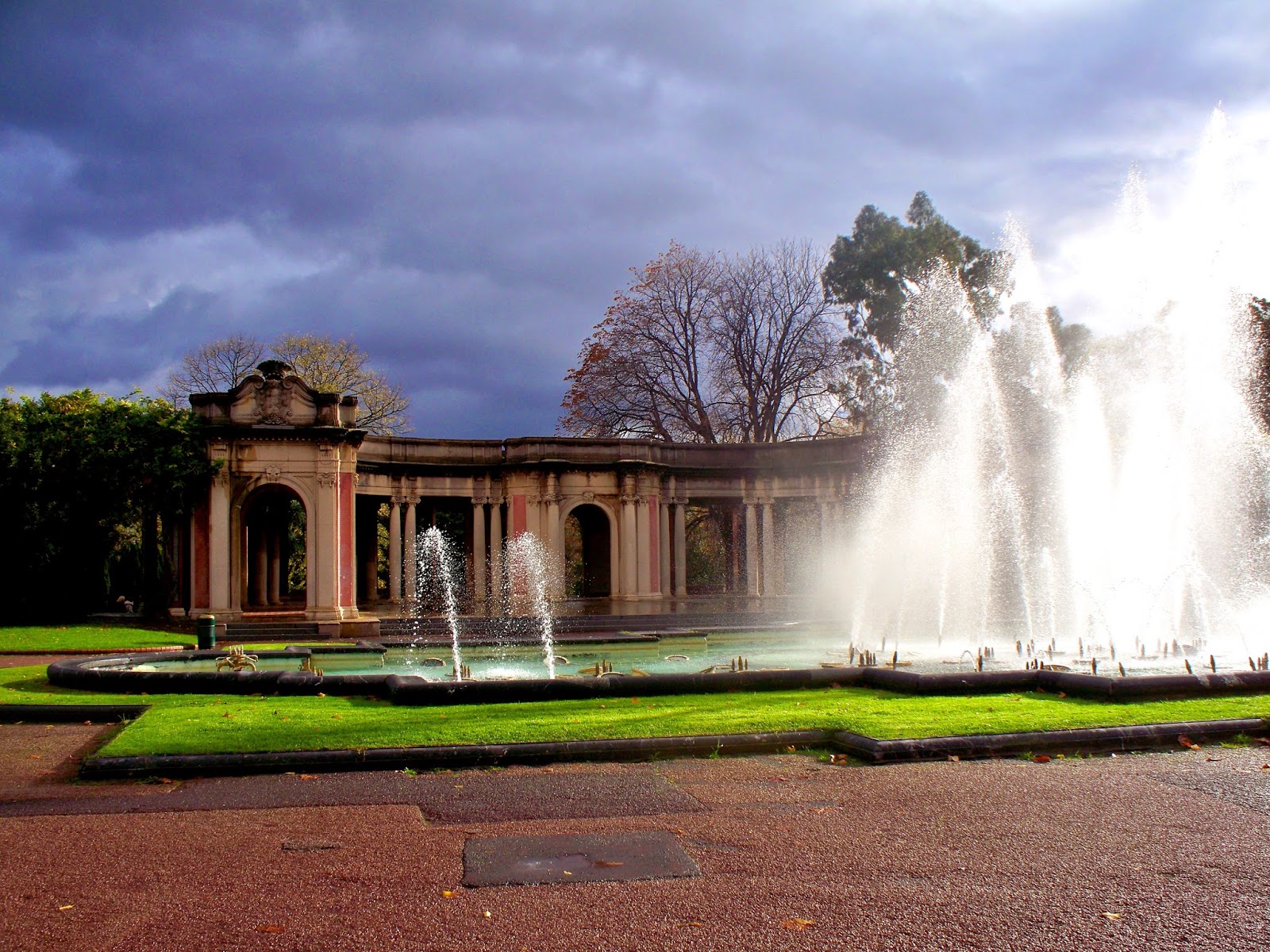 I also think that going through lots of bad weather really makes you appreciate the good weather more when it does come. I remember when I was studying in Maine, every year the first day that all the snow had melted off the university mall and it was above 40˚F (5˚C) about three-quarters of the campus was sitting outside studying or playing frisbee. What would be considered end-of-the-world cold in other places was a cause for celebration in a place where two months before it was -30˚ (~F and C, how weird is that?) and we'd had a warning that if we stayed outside for more than ten minutes, we were at risk for frostbite. If every day were sunny and warm with perfect temperatures, you would never get to feel joy at the return of the sun in spring!

It's so cheesy, but the bad weather makes you appreciate the rainbow that comes after so much more than if you saw one every single day. Or at least, that's what I think. 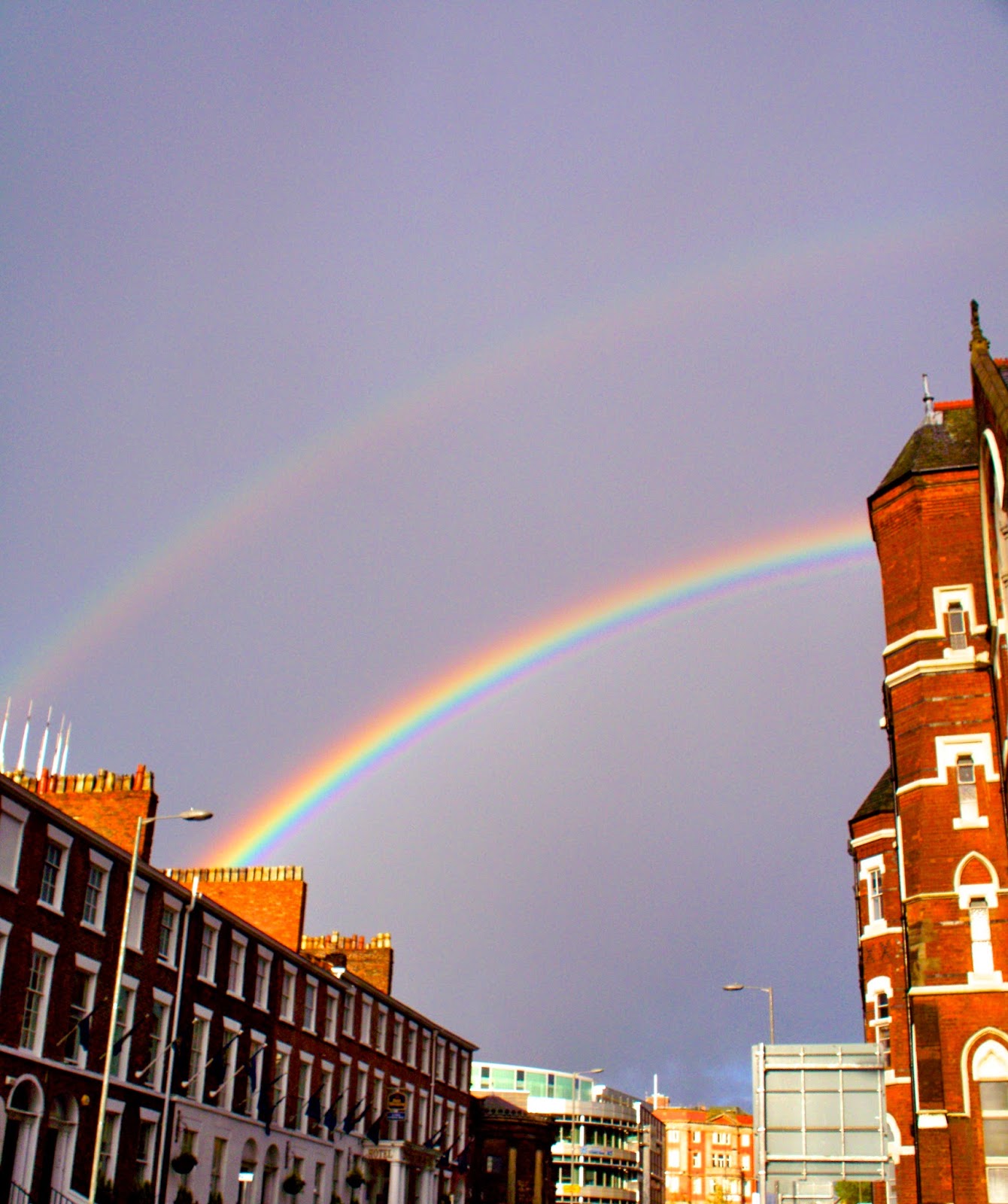 Especially if it's a double rainbow, like this one in Liverpool, England!

So there you have it, I've pled the case for the greatness of bad weather! I know most of the world will never agree with me, and I'm sure I'll have arguments about this for years to come, but this is my opinion and I'm sticking to it!

And you? Do you have more of a sunny disposition, or a moody cloudy one?