Where in the World is Alisabroad?

I guess I've put this off long enough. I promised months and months ago that I'd announce where I'm going next year...and despite the fact that I'm leaving in 2 weeks, I haven't yet done it. I guess all the pressure came off when the news leaked out to everyone I know personally and so it just never happened.

So, without further ado....where in the world am I moving in 2 weeks? 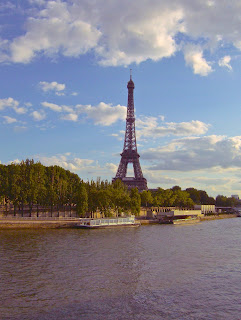 I'm sure you've heard of it...above Spain; they love cheese, wine and baguettes; they speak French there... 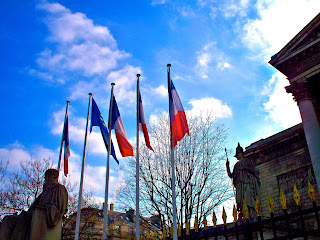 Ever since I was 14 years old I've been obsessed with France and the French. I started learning French in high school and from that moment I was hooked on foreign languages. Haven't broken the habit yet. All throughout my high school and college years, I could be found having fondue parties, wearing berets and heading up the French club. It was my constant dream to study abroad in France, to finally really experience that culture firsthand. 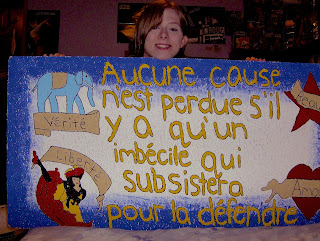 Me at 18, showing off my French ceiling tile for the classroom in my high school

And then Spain happened. I got derailed. A glorious, life-changing derailment, to be sure, but nonetheless my original dream never got accomplished. 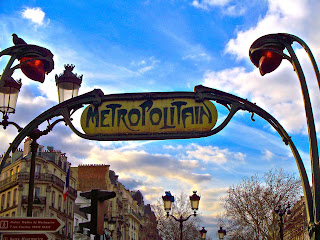 In two weeks I'll be headed off to fulfill all my teenage Amélie/impressionist painter/turn-of-the-century writer/American expatriate in France dreams.

Except I won't be in Paris. And I'm totally fine with that, for reasons that I will explain someday in another post.

Better yet, I will be teaching English in Brittany (Bretagne in French), the region of cider and Celts, where crêpes were invented by people who wore funny hats! And I won't have to feel homesick for Galicia, because it will still rain all. the. time. And I will still be on the ocean. And Celts are still Celts, be they in Spain, France, or the British Isles. 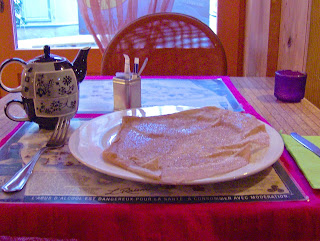 A glimpse into my yummy, yummy future

So needless to say, I'm excited and a little nervous, and I hope my readers will be able to muster some excitement about my newest adventure too.

Now I have to say (instead of hasta luego), something different--à bientôt!
Posted by Alisa at 2:00 PM