The Ghosts of June Present: 2016 Edition

It seems there's always something to worry about, isn't there? Worrying is one of those very human traits that we just can't seem to get rid of.

At about this time a year ago, I wrote a post about the random worries I'd been plagued with in the past, and how insignificant they seemed from where I was standing in June 2015.

Well, now that another year has gone by and June 2016 is over and done with, I feel like it might be nice to continue the trend of laughing at my silly past self. She wasted so much time worrying about such insignificant things that turned out just fine!  I'd also like to provide fodder for my future self to do much the same. I'll always have worries, but knowing that future me will be here laughing at them at this time next year (or in five years, or ten...) makes them seem less scary in the present, and it's always nice to be reminded of that.

At this time last year, I was just about to leave Europe for the last time and make the big move back to the United States, for good. Understandably, I was rather nervous about this. I had no job lined up and no idea where I really wanted to live. I also had next to no money, and I was craving the stability that I'd been without since I'd moved away from home eight years before. These last two things, in particular, set the stage for where I find myself now, in June 2016. So did my worries about being jobless and homeless come true? 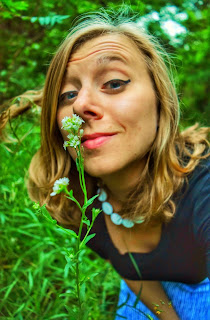 I have just finished my first year as a Spanish teacher in my hometown in the States, and I'm currently on summer break. I'm spending my time planning a big trip to a new area of the world for me--Oceania! I'm very excited to finally be traveling abroad again after almost a full year of not leaving the USA. If I were to tell my teenage self that not quite ten years after making my great escape into the big wide world, I would find myself living not only in the town where I was born but also in the very house where I grew up, she would probably cry out in disbelief. Yet here I am. While it's never where I'd have pictured myself in a million years, I have to admit that it's not all that bad. A year ago I was craving stability, and it turns out that stability DOES feel really good. Having a steady job and not having to constantly stress about money is nice! Am I rich? No. Do I want to live in my parents' house forever? No way. But this year of being able to see my family and old friends whenever I want and not having to worry about moving halfway across the world or searching for a job was good for me, I think. This is the first summer in ten years that I haven't had to move myself and all my belongings between 2100km and 6700km (1300 and 4100 miles) across land and sea. Not having that kind of stress in my life has been really calming. While I'm still bursting at the seams with wanderlust, knowing that I have a steady home and job to come back to makes the idea of traveling seem more like fun and less like work!

Struggles: Trying to plan a long vacation in some of the more expensive countries in the world without spending ALL my savings, making new lesson plans for next year that improve upon those from this year (and they say that teachers have the whole summer off, pfft)

Fears: That I will crash into another car while trying to drive on the WRONG side of the road in Australia or New Zealand and kill someone à la Matthew Broderick except that I am NOT Ferris Bueller and will most certainly go to jail for my crimes (paranoid much?), that I will never meet an interesting gentleman caller in my tiny hometown where most people my age are married and/or do not share my main passions in life (namely, travel and foreign cultures)

Hopes for the next year: To find a way to move out on my own again, to join clubs and activities where I will meet interesting people in my town and make some new friends, to practice my foreign language skills more so they don't atrophy

So there we have it, the ghosts of June Present: 2016 Edition. I'm just as much of a worrywart as ever, but I also feel more equipped than ever to handle my problems with aplomb. For most of these issues, I know the solutions, I just have to find the right time and place to employ them. It's certainly easier than facing the great wide unknown. What a relief!
Posted by Alisa at 9:17 PM