This past weekend, nearly every francophile in Madrid gathered together in Puerta del Sol (the literal center of Spain, and one of its busiest plazas) for a demonstration. In case you've been living under a rock and hadn't heard, there was a terrorist attack on a French humor magazine called Charlie Hebdo last week, and ever since, many French people have been uniting under the hashtag #JeSuisCharlie (I am Charlie) to represent their dedication to maintaining their right to freedom of expression without fear. As a lifelong francophile myself, I felt I needed to be there to support one of my adopted countries. Freedom of expression is important to me too as a writer and blogger, and I hate violence in all forms.

Madrid has a hefty French expat and student population, France being just the country next door, and so the plaza was packed with people holding up signs and pens to represent their support for the illustrators who had died. For the first time in my years in Spain, I heard mostly melodic French being spoken around me, only occasionally punctuated with the staccato tones of castellano. A particularly jarring moment was when everyone sang La Marseillaise at the same moment as I was watching the Spanish flag from the President of Madrid's office waving in the wind.

Although I thought the demonstration could have lasted a little longer, and that the speakers used for the speeches could have been put at a higher volume, I was glad I went to demonstrate my support. Now I just hope is to see fewer acts of terrorism in the world, while at the same time also hoping that people will learn to better contain themselves from making a racist backlash against all Muslim people. In my opinion, there's absolutely no reason we need more hatred in the world! 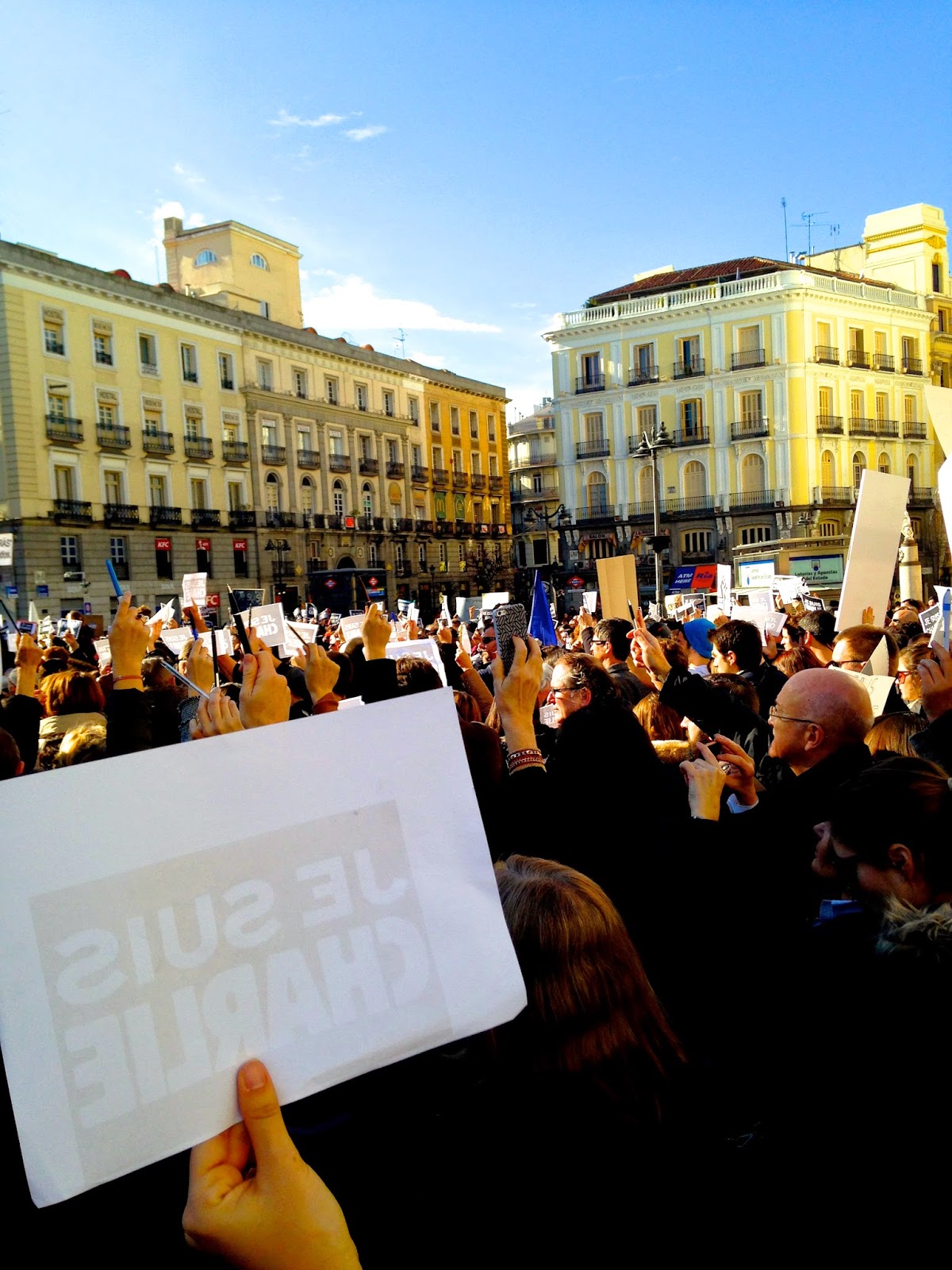