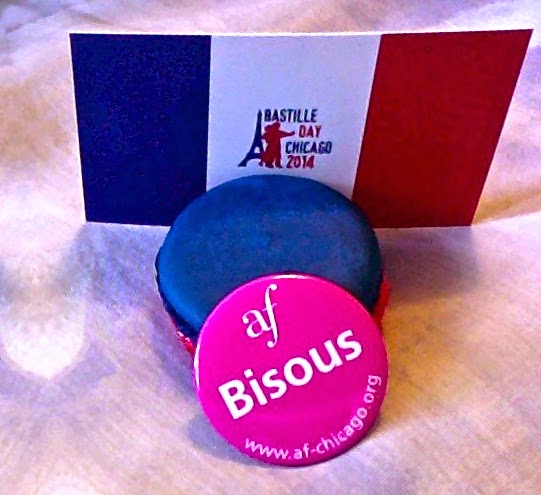 I hope all my Frenchies had a joyeux fête nationale!

Personally, I was feeling a little sad to have left just before the big day. I love seeing how other countries celebrate their national holidays...how excited they get, the music, the dancing, the patriotism.

I've actually been in France before during Bastille Day (as we call it in America, much to the consternation of my French friends). During my first Eurotrip in 2006 with my parents, we luckily happened to be in Paris on July 14th. We saw jets flying over our heads, all the museums were free, and there were fireworks over the sparkly Eiffel Tower (seen from the parking lot of our hotel, due to the overprotectiveness of my parents, worried about their young daughter getting too close to a crowd of rowdy FOREIGNERS...if only frustrated teenage me could see me now, doing just that every single day of my life!). Anyway, it was glorious.

But now, after having lived in France for a year, being there for Bastille Day would have meant so much more to me. I would have loved to have spent it with des français, learning the real scoop.

But it was not to be. The visa for my next Spain adventure required that I come home to the US of A for the summer, so no fête nationale en France for me. Queue one bummed francophile.

However, said visa also required me to be in downtown Chicago le 14 juillet, and for that I thank my lucky stars. I was just walking down Michigan Avenue, on the way back to the car from my appointment at the Spanish consulate, when a French flag on a bus stop advertisement caught my eye. Mesmerized, I moved toward it until I could read what it said: there was a block party happening on Daley Plaza to celebrate Bastille Day, and it was starting in 10 minutes!

Being a sometimes impulsive person, there was no hesitation in my mind--I was going to that party. Better than sitting in rush hour traffic on the way home, I say! 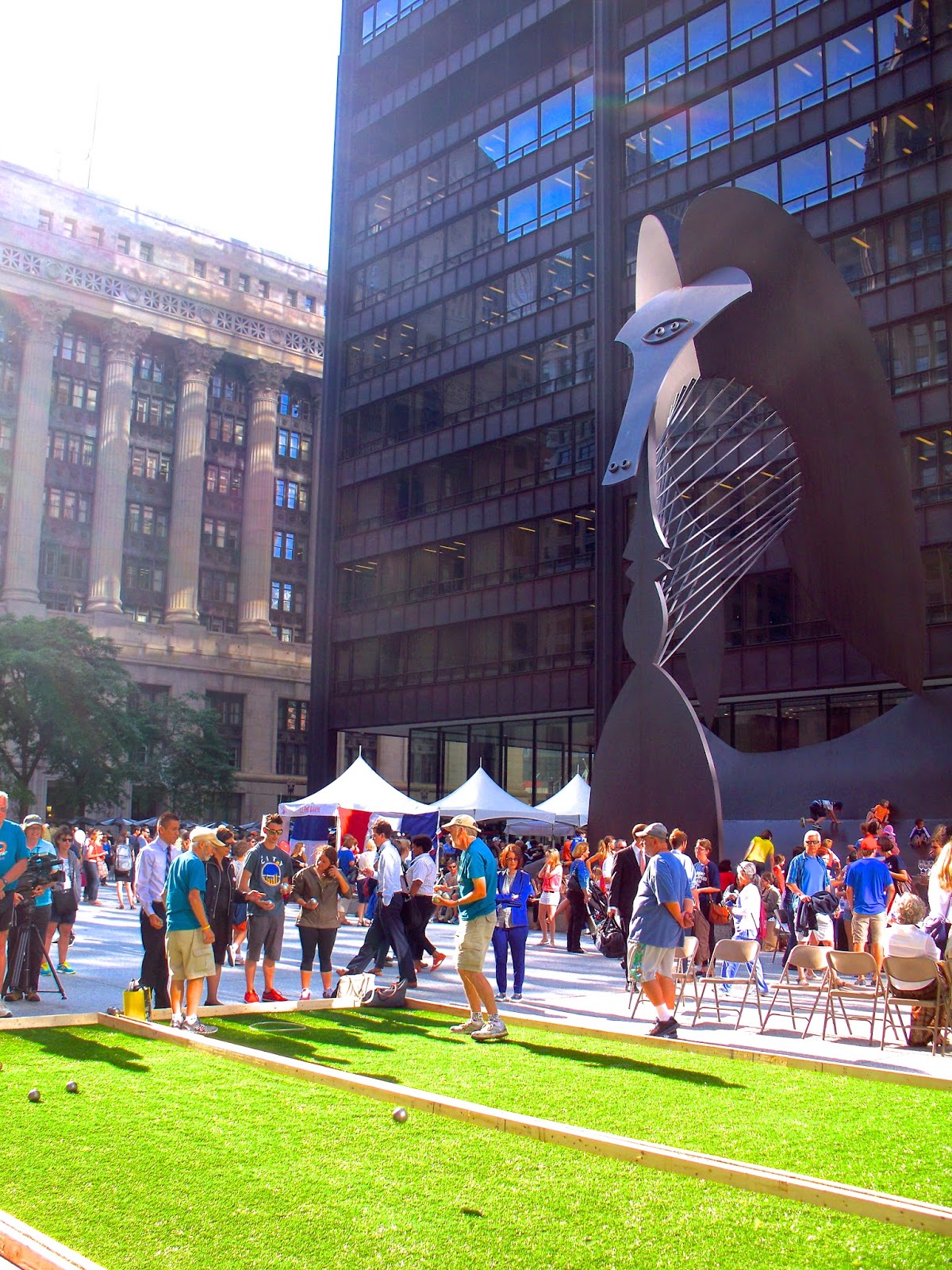 The first thing that caught my eye as I walked up was that there was a group of people playing pétanque. Never in my life has a game meant for 80-year-old men made me so happy. There they were, a group of octogenarian Chicagoans, proudly representing the Chicago Pétanque Society (apparently this exists), throwing heavy balls, seeing who could come the closest to another, slightly lighter ball. And I was overjoyed to see them.

And then there were the waiter races! People decked out in French flag aprons, running around the square to serve "wine" to patrons, seeing who could do it the fastest. Entertaining? Oh, yes. Add that to the stands selling crêpes, galettes, vin, et macarons, and I was in 7th heaven. 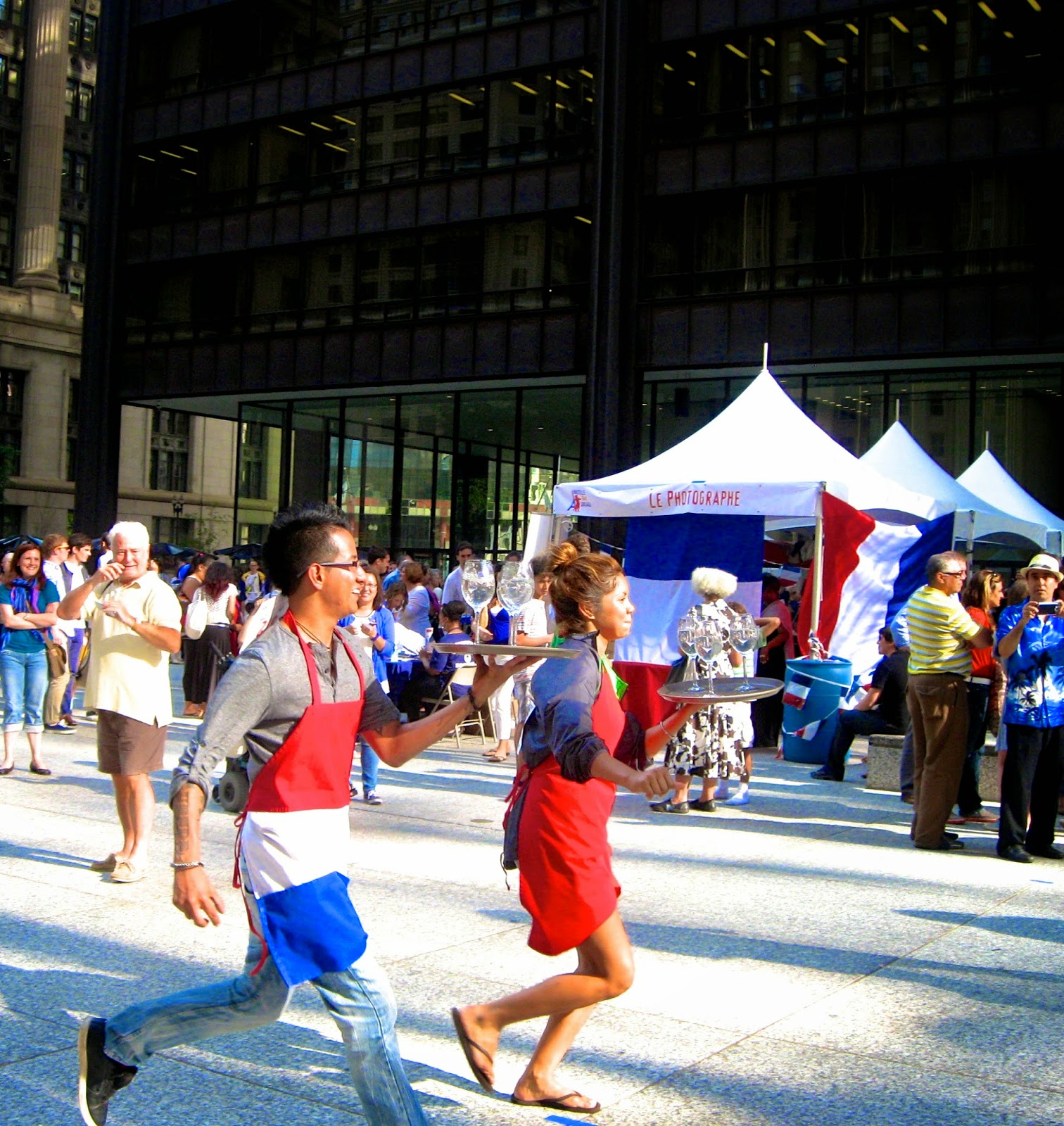 It's been hard, these past few weeks, being in a place where most people's idea of France consists of a country full of smelly, hairy-armpitted people who walk around going "oh ho ho" all the time. So walking into a square full of people who could understand me when I said un crêpe beurre sucre, s'il vous plaît, that really meant something. I'm not alone. I'm not an alien, and France isn't a place that I dreamed up one night, even if no one here at home cares. There are other people who love France et les français as much as I do, and being surrounded by them, even just for a few hours, was something I'd really needed.

So when they played La Marseillaise (the French national anthem), I couldn't help but smile as all the people around me started to sing. They know what I feel. Their singing said "la France me manque," (I miss France), just like my heart says.

Merci, Chicago, for bringing a small slice of France here to me. That's exactly what I needed.