I seem to have an innate inability to give a simple answer to a simple question.

What's your name? That depends on your native language, what country we are in, and the language we are currently speaking. Probably about half of my friends don't actually know my name, since I hate the way non-native English speakers mispronounce it. So I introduce myself in a more Spanish/French way, which is not my real name but sounds better to me than their butcherings. Bref, it's really /əlɪsə/. A homophone of Alyssa, not Elisa. 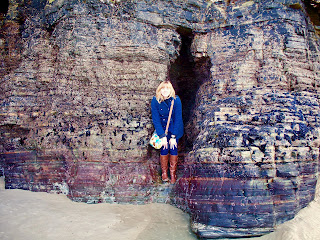 How many brothers and sisters do you have? How long have you got for me to explain it? It involves divorces and remarriages on both sides, and either way I answer it's confusing. In short, I grew up basically an only child, yet I still have a crapload of nephews and nieces.

Where are you from? Where are YOU from? My answer will depend greatly on that. Most times in my expat life, I say "near Chicago," but it's always really embarrassing when I meet another Illinoisian and they ask for more specifics. Ahem, how near is "near" to you?

And lately, I've been doing a lot of deep thinking about that last one. Not where am I from, but where is home? I have a hard time coming up with an answer, even a complicated one.

Is home the little town near Chicago where I was born and raised? 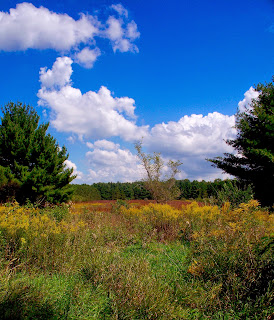 But I haven't lived there in 8 years. This past summer, I cleaned out and packed up the majority of my things from my childhood bedroom, knowing that I had officially moved on. My parents are going back to live where they consider home, up in Wisconsin. So although Northern Illinois is where I was raised, I'm not sure if it's home anymore.

Is home Alcalá de Henares, where I currently live? 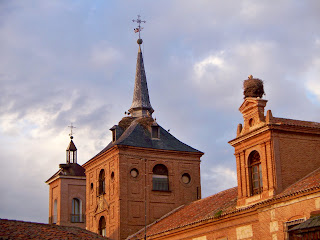 As sad as it is, I've never felt particularly at home here in Alcalá. It's an all right town, I suppose, but I'm not very happy here. I don't feel very integrated into society, and I don't have a lot of friends. I'm not miserable, but I am rather bored. I'll be happy when my Master's degree is finished in a month and I can move on.

In the past 8 years, I've lived in 6 different cities. Just doing simple math, I think it becomes obvious that I haven't been able to stay in any of them very long. I've been a nomad for a long time, trying on different cities for size but moving on relatively quickly from all of them. There were things that I loved about all of these cities: Orono's student culture, Bilbao's alternative vibe, the friends I made in Vigo, the language I spoke in Saint-Malo. But were any of them home? I don't think I was able to stay long enough to find out. 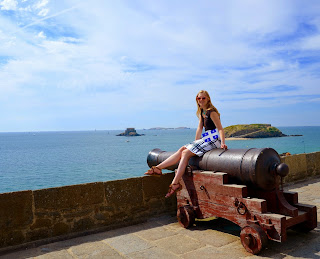 I'm getting really tired of this itinerant life. I will always love traveling, but I'm not the type that can do it continually. My heart is bruised from being fractured into pieces every single time I move. I need a stable home to come back to at the end of a long journey. I want my comfy warm bed to fall into, my car in the driveway, and my long-term friends to meet for coffee the next day to share my stories with.

So right now, my task is to build that permanent home for myself. To find a place where I can stay legally and make it mine. The question is, where?

Back to Northern Illinois or some other part of the American Midwest, where my permanent ties still are? Where I speak the language and know the culture like the back of my hand? Where everything is easy? Where I've traveled more than anyone I know? Where I've felt like an alien when I've visited every summer for the past 8 years? 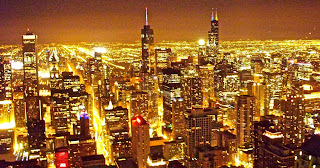 To some other part of the States? To explore something new and yet still be "at home"? To make a new part of the country my own? To still be at a great distance from my family, even after all these years of missing them?

To a new country? To learn a new language or dialect? To explore a new part of the world? To be in a place where I'm all alone, again? Where I still need a visa to stay? Where I'd have to learn a whole new set of cultural paradigms? Where I'm far from everyone I love?

These questions have been running continually through my head for months now, and I still have no clear answers. I've been trying to listen to what my soul is telling me, but it's coming through like garbled static on a badly tuned radio.

I heard a quote recently in one of my meditations that I really liked. It was from a man called Philip McKernan, and it went "In the absence of clarity, take action." He was saying that if you don't know what to do, just do something. Even if it turns out badly, at least then you'll know one more thing that isn't right for you!

So I guess that's the plan. I have no idea what's right or where my home should be. So until I do, I just have to take some action, any action, and hope for the best. I have one month left of living in Alcalá de Henares, and then...

Once more unto the breach!
Posted by Alisa at 10:45 PM