This past week, I went on quite possibly the best field trip of my life. There was some stiff competition, since last year I got invited to go with my 15-year-old French students for a day to Jersey, a British island off the coast of France, which was pretty darn cool. But this year, I went on a three-day trip with my 10-year-olds to the school "farm" (in reality more like summer camp). That doesn't sound that cool, I guess, just saying it like that, but it was honestly so nice.

I think just on the merits of food alone, this year's field trip was the winner by far...not that British food is hard to beat. 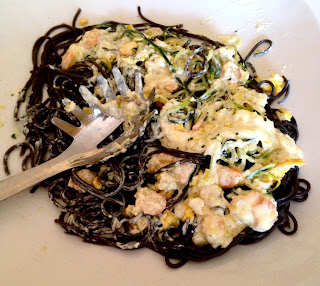 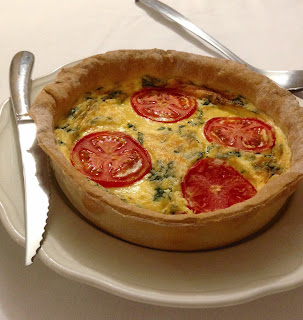 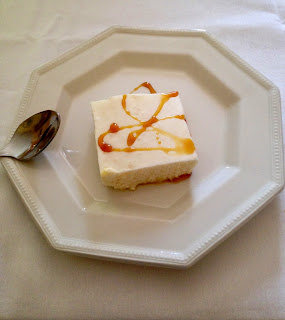 Luckily, that was fine, since my duties consisted of nothing more strenuous than taking walks around the camp to see how the kids were doing ziplining and rock climbing with their counselors, talking down a girl who was a little homesick, and dancing like an idiot with my students at the camp "disco." 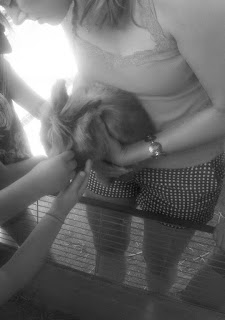 Working hard holding a bunny for kids to pet... 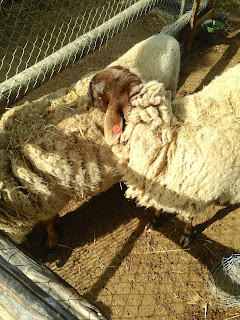 Checking out a sheep eating some hay off his brother's back...

Other than that, I took naps, read a book for fun, and worked on my thesis. Such a difficult life! But I'd really needed a little time off to get some perspective on the fact that in just over a month, I'll have my master's degree and I'll be unemployed. Until then, it's full steam ahead! 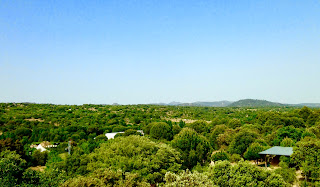