Sometimes I Wish I Weren't an Anglophone

It feels blasphemous to even think this, let alone say it out loud. It's almost like a dirty secret, one that I'm ashamed to admit. Of all of the blessings I've had in my life (and there are many), one of them that has most deeply affected my path in life has been the fact that I speak English as my first language and that I come from a rich and powerful nation. My passport currently opens doors for me with no visa required in around 160 countries, and my native language is the lingua franca of basically the entire world. 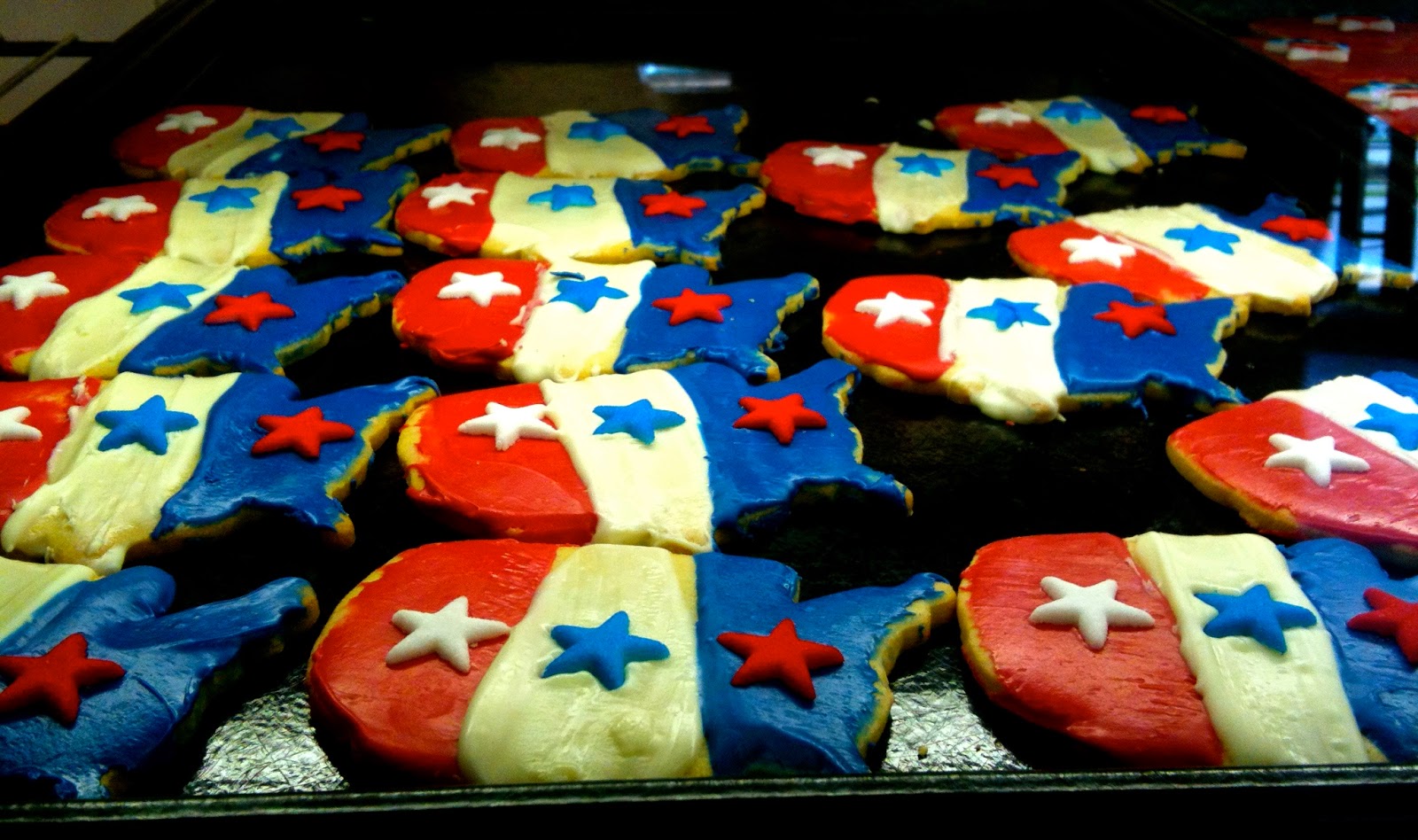 And yet I sometimes wish I didn't speak English as my first language.

I don't mean to sound like an ungrateful brat. I'm aware of how much speaking English has helped me thus far in life, and I do realize that I actually make a living just speaking my native language. (Of course, I know the grammar as well; that helps!) But there are moments when I wish I could trade in the status of "native speaker of English" and just speak it well as a second language instead.

Being a native English speaker, especially in Spain right now, means that I am a hot commodity. Spaniards are desperate to learn English, the one thing that they all seem to agree will protect them against the country's current staggering unemployment. Well, either that or it will allow them to move to some other country to work, whichever happens first. Professionals want to learn English to get a better job, and parents want their children to learn English so they will be employable someday too. And all of these people agree that there is no one better to learn from than a native speaker. After all, our pronunciation is perfect, right? 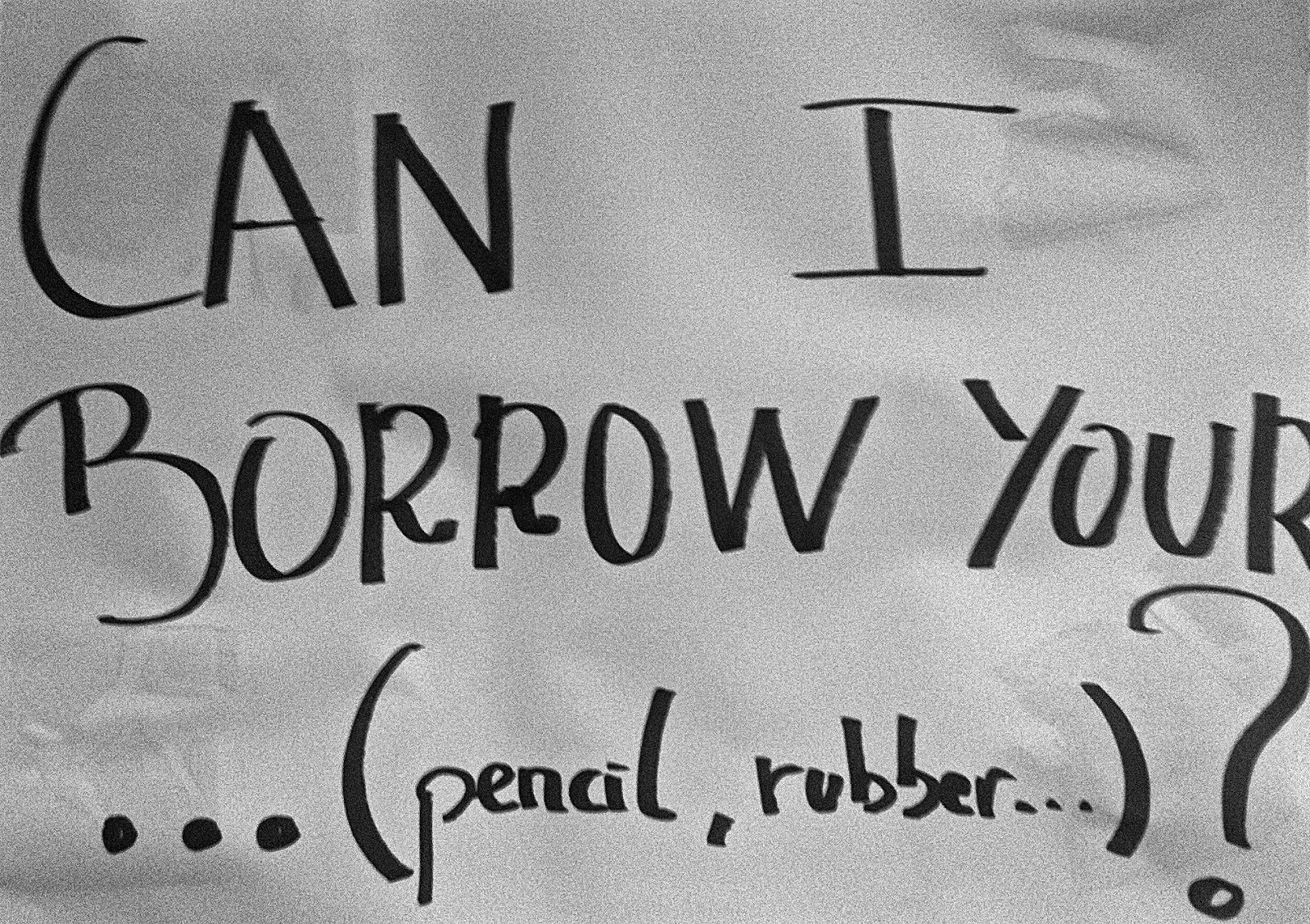 A few weeks ago, in the shared car on the way back from Galicia, we were all talking about our careers, and one of the university students in the back mentioned that he was trying to learn English. The driver threw out the idea that he should try to find a language exchange partner to improve. Unimpressed with the idea, he said "ya tengo un nativo," I already have a native.

Something about that sentence really rubbed me the wrong way, although I kept quiet about it in the moment. He has a native already? Not a friend who helps him with English, not a conversation partner, a native. As though all native English speakers were different models of the same device. What are we, like the latest bit of technology, a talking English machine? A walking interactive dictionary?

It's frustrating enough that just about every time we go on public transit, the people around us are really obviously eavesdropping to see if they can understand a little of what we're saying, as though we were a live-action roleplay for their English exam. But of course, I've learned the hard way that trying to make new friends here when you're a native English speaker can be a minefield as well. Whether it's online or in person, it's really annoying to be talking with someone in the language of the country I moved halfway around the world to be in, only to mention where I come from and have them palpably brighten.

"Oh, you're American!?"
"Yes."
"Wow, I've always wanted to travel to New York City! I'm trying to improve my English, you should help me! Let's get together again sometime!"

If they haven't already, cue them switching to (usually terrible) English on me and me plastering a fake smile on my face and saying "yeah, maybe..." while thinking to myself "NOT!"

Rereading that exchange, I know I sound like a real jerk for not wanting to help these poor people who just want to learn my native language. But is it so wrong of me to want people to be my friends because of who I am, and not what language I speak? Am I a jerk for being annoyed that I've had that same exact exchange, almost word for word, hundreds of times in my five years in Europe? 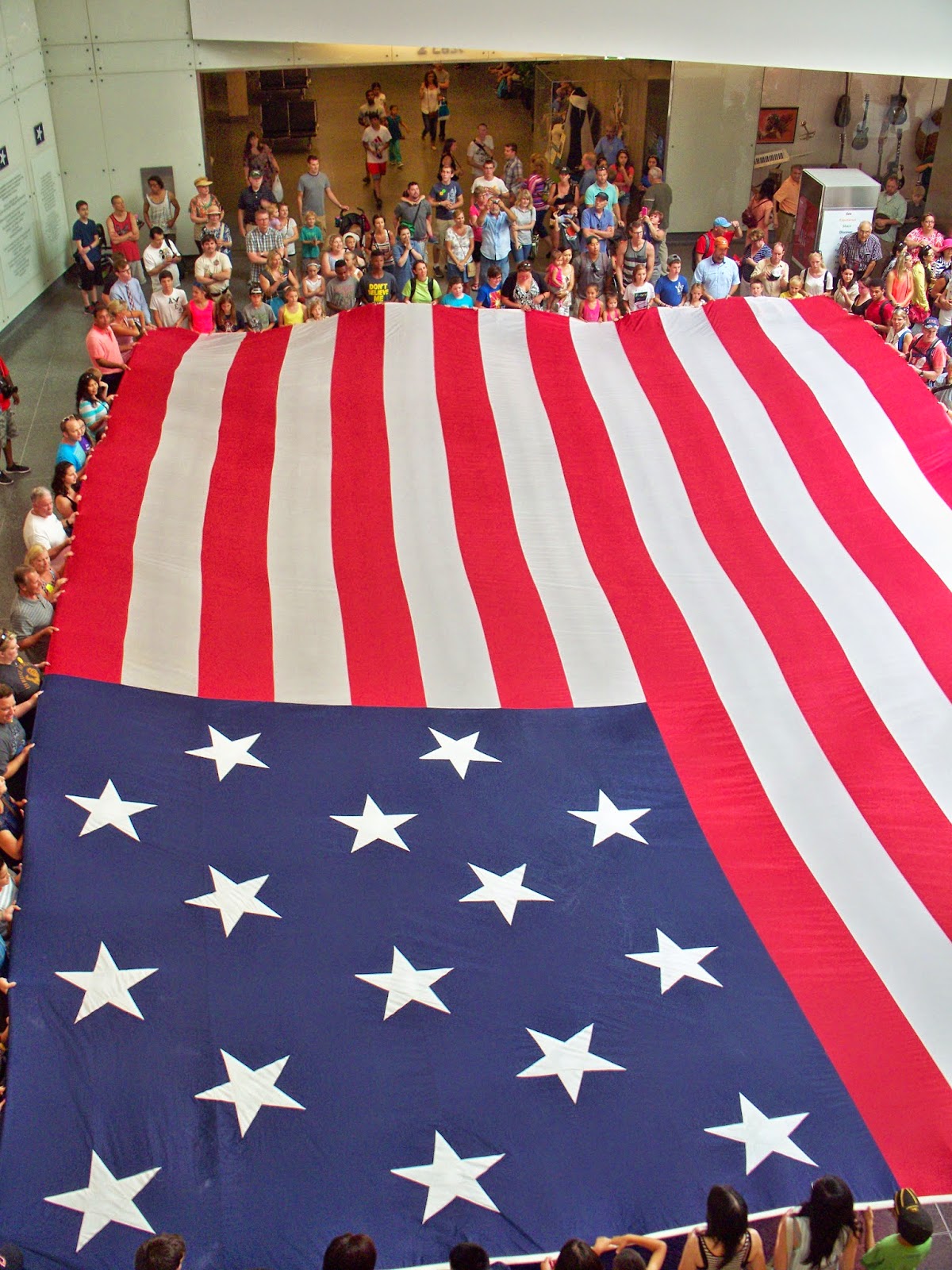 And most of all, is it a crime to not want to teach English for free when I know I could get paid to do so? Helping people with their English is my job; I do it all day every day with my preferred age group for good money. When I get off work, I just want to relax and think about other things besides explaining when to use the present perfect versus the simple past. I want to talk with people and just have fun. I really do not want to give free English lessons to adults! The way I see it, people asking me right off the bat to help them with their English is like if I were to meet a shopkeeper and immediately ask him if he could give me things for free from his store. No, probably not, right? So why should I have to feel bad about not wanting to help everybody with their English all the time?

And the thing is, I've been on the other side of the whole 'trying desperately to learn a language' thing, and there have been lots of kind souls who have helped me. So I do often feel guilty for not wanting to return the favor with everyone I meet.  But doing so makes me feel used, like a tool rather than a human being with interests and feelings. I don't mind helping my friends occasionally with their English, but that's because our friendship is based on things other than my native language and their desperation to learn it.

The other annoying part about these people switching to English on me like this is that I feel like since I'm the one who moved halfway around the world to learn another language, I should be allowed the chance to practice that language when I'm not at work. I do often tell people this, and most people are gracious enough to take the hint that I would prefer to speak in their language with them, but some others are really persistent about always trying to practice their bad English on me, and that's when I start to get really annoyed.

There are, of course, ways to practice languages that are of mutual benefit to both parties, like language exchanges. That way, I would be helping the other person with their English, and they would be helping me with French or Spanish or even Galician. I've done a fair amount of these, and they used to be really helpful. In French or Galician, they still might be. But in Spanish, as conceited as this sounds, I feel I've moved past the point where I really need to have someone correcting me all the time. My Spanish is at a level of C1.4 according to the Common European Framework (one microstep away from C2, or totally bilingual, argh), which I know since I took the practice test put out by the Cervantes Institute just the other day. So, I really feel like I'm on a tier where I don't really need language exchanges, because the benefit to me is much smaller than the effort I would need to put out in helping others with their English. Maybe I just need to find partners whose English is at the same level as my Spanish, but those are fairly thin on the ground in Spain. Anyway, I'd rather just have regular conversations in Spanish with people here, without worrying about giving equal time to both languages. Does that make me selfish? Maybe. But like I said, I moved halfway around the world to speak Spanish, so that's what I want to do! 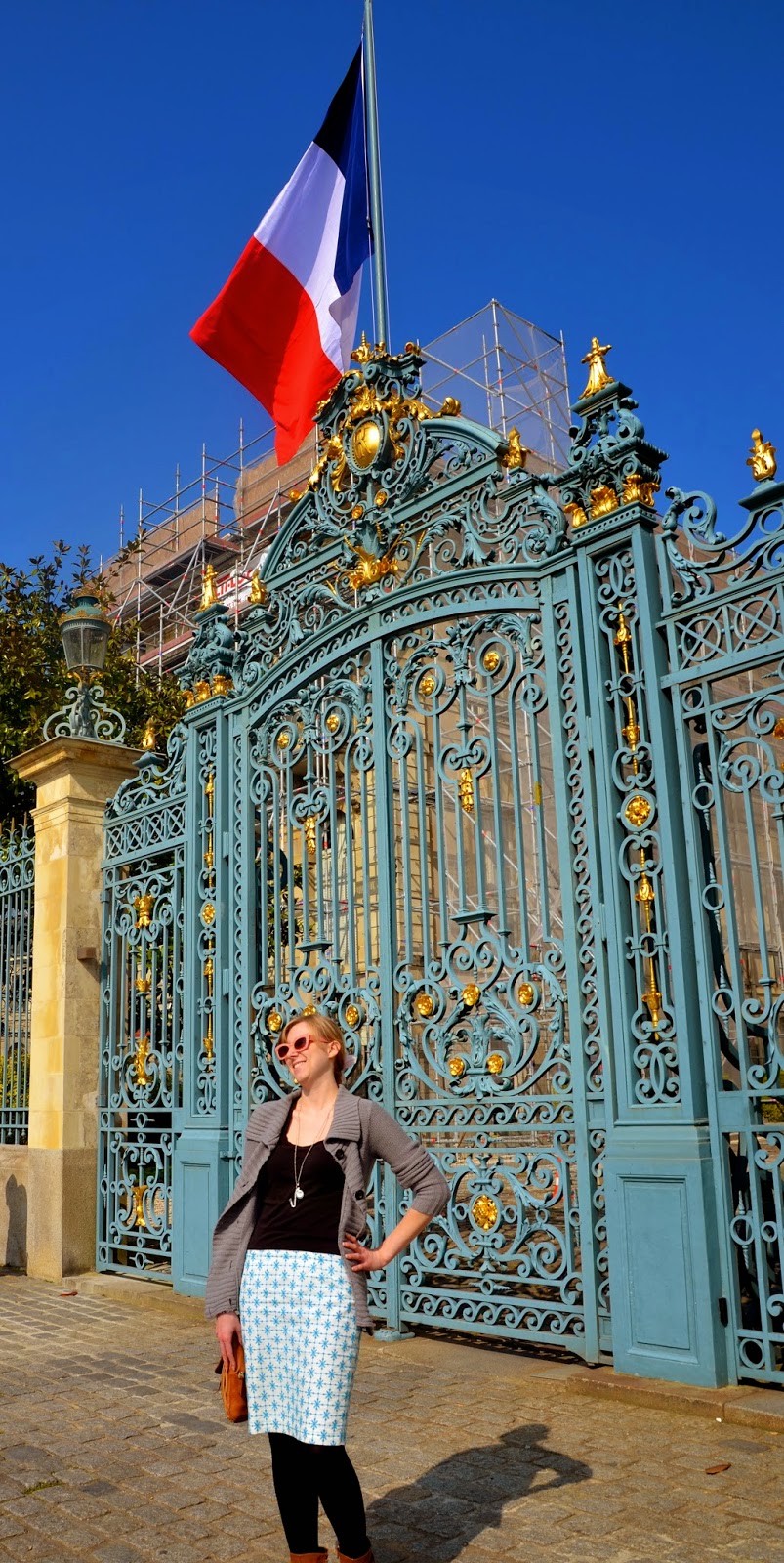 Funnily enough, this was almost never a problem in France. Maybe it's because they're so stereotypically snooty about speaking any language other than their own. Or perhaps it's because they're embarrassed that they have the worst English in Europe (apart from Russia, the Ukraine and Turkey, which...are not really Europe, not to me). Hardly anybody ever forced me to speak in English, although they made an awful lot of mean comments about my French at first. But at the same time, they love to take English words and franglais them because c'est cool. I don't know, France is bizarre. But at least I got to practice a helluva lot of French while I was there!

If I weren't a native English speaker, I like to imagine that I wouldn't have these problems. People wouldn't give me so much unwanted attention for my native language. I would probably be really happy to speak English, because it would be a chance for me to practice too. I could feel proud of my English, as something I'd worked hard on, rather than something I was basically born with. Alas, earwax that will never be the case. For better or for worse, English is and always will be my first language, and I can't escape the fact that the downsides come with the enormous advantages. I guess I'll just have to learn to concentrate more on the benefits of it, like the fact that when I go to Prague for two days, no one expects me to learn Czech, and I get to just speak my first language the whole time with no problems. 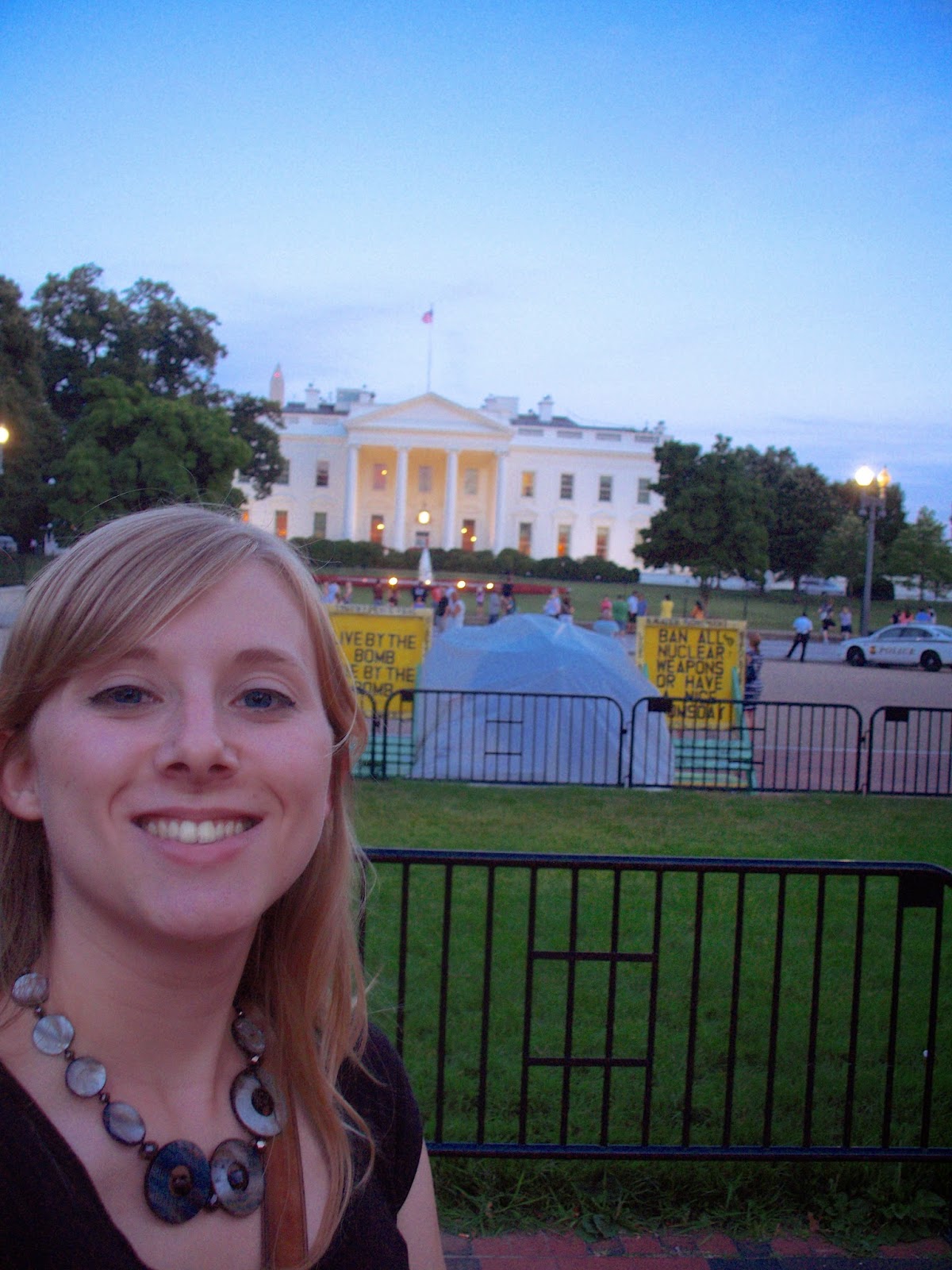 I do have to say, as well, that even as I was writing this I was feeling the obnoxiousness of my privilege. "Waaah everyone wants to learn my native language to improve their lives, and I just want to either be left alone or make a profit off of them and they won't let me!" Also, "Waaah people won't let me practice a second language that I'm only learning because I think it's fun, when in truth I have no real pressing need to learn any foreign language because I'm a native speaker of the world's lingua franca!" I know, poor poor me.

But I would love it if people would see me for who I am, instead of as an English machine. That would be pretty awesome. Just sayin'.