I've been super super superrrrrr busy lately. As usual, I guess, but I feel as though my free time has been down to almost zero, what with one thing and another. It's that time of year when everything is beginning to come to a head--my students are about to take their official English exams, my master's thesis is due in less than a month, I'm searching for jobs for next year and doing interviews, and the weather is starting to be nice and I just want to sit around outside! 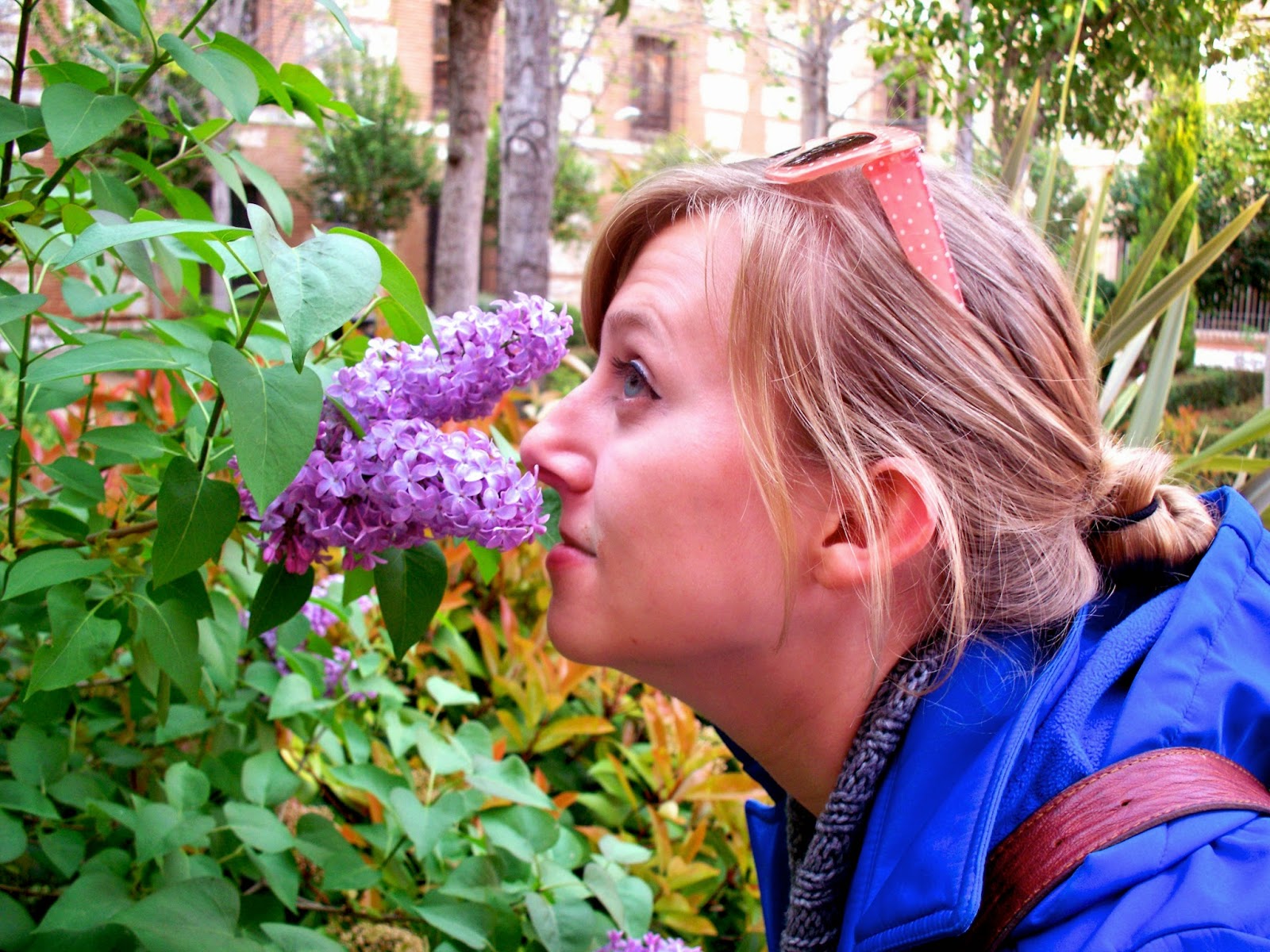 
I also want to make some plans for the future, but that's very difficult to do when I have no idea what the future holds after I graduate and finish my current teaching contract at the end of June. Maybe I'll find another job soon, or maybe I'll have to keep looking for a while. I don't know how many times I've talked about how I'm tired of this uncertainty. I really want some more stability in my life, to not be constantly jumping from one job to another! Still working on making that a reality.

In the meantime, here are some things that have been running through my head and my life lately.

Reading: De tempête et d'espoir: Saint-Malo by Marina Dédéyan, which is a novel in French about the town where I used to live in France and a girl living there in the 1700s. I got it from the English coordinator at the school I used to work at, and I've been trying to finish it since about September. It's really good, but reading in French is so haaard, waaah! It probably didn't help that I took a break to start also reading the After Cilmeri series, by Sarah Woodbury. This series is right up my alley, as it's about some contemporary Americans who time travel back to Wales in the 12th century and end up involved in local politics. I read 6 books in two weeks, I got so hooked!

Listening to: Kendji Girac's Andalouse, which, yes, is awfully mainstream for what my taste usually is, since the singer comes from basically the French equivalent of The Voice. But it's in French AND Spanish, and it just makes me wants to dance! Good danceable music is hard to come by, and I'm not too much of a snob to listen to anything that gets my toes tapping.

Worrying about: Where I will be living and working next year. Applying for jobs is incredibly stressful, and I will be relieved when I have this all figured out! Then I can start planning some more fun stuff in my future, like trips!

Writing: The final draft of my thesis. I just want to finish this and turn it in already. I'm so over dedicating my weekends to writing and editing this one paper!

Trying: To stop drinking coffee and to meditate before bed every night. I recently decided that I wanted to reduce my intake of milk and sugar, as well as caffeine, so during Lent I gave up "necessary" coffee (meaning I only drank it on the weekends, for pure enjoyment, rather than when I was tired during the work week). I noticed that I actually started to feel MORE alert after awhile of reducing my caffeine intake, and so I've developed the theory that caffeine depletes my energy supply even faster because it makes me super energetic for a short time, and then even more tired afterwards. I'm back to drinking coffee occasionally now, but toying with the idea of going back off it again. I've also started meditating before bed every night, which has multiple benefits, like making me think more positively, appreciate the small things around me, imagine a great future, and also relax and fall asleep more easily. The one small glitch with this is that sometimes I fall asleep before I finish the meditation, but at least I'm no longer laying awake at night worrying!

Watching: Not a whole lot besides rewatching How I Met Your Mother in French, but I'd like to get caught up in Mad Men so I can watch the rest of the final season as it airs!

Eating: Loads of fresh asparagus and strawberries. It's crazy to me that what I consider "early summer" (June) foods are already in season in Spain! Not complaining though, especially at low low Spanish prices! 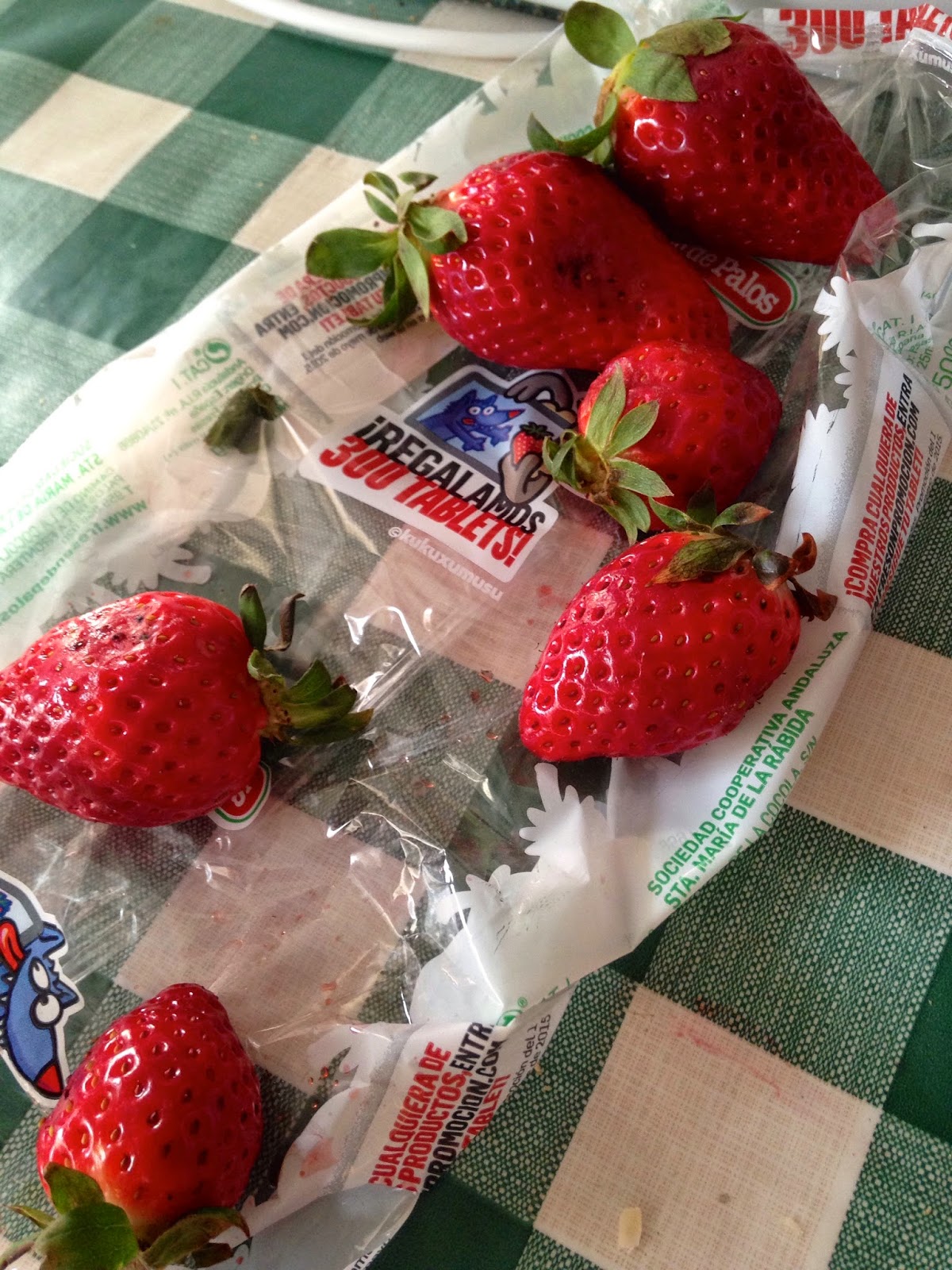 Craving: A Chicago-style deep-dish pizza. This isn't even something that I eat that often when I'm home, but my GOD do I want one right now, probably simply because I can't. There are tons of types of other pizza, but nothing that compares to a good deep-dish.

Missing: My family. This is constant, of course, but I just saw some lovely pictures of their trip to Florida a few weeks ago, and I really wished I could have been there. And visiting my friend's family in Galicia made me think about how nice it is to see the people you love, and how it's been a really long time since I have!

Wishing: The (free) food at in the school's cafeteria were more varied. I shouldn't bite the hand that feeds me (literally, ha), but I do wish the menu in our school's lunchroom featured more than the same couple of meals repeated over and over ad infinitum.

Feeling: Mostly content, as I try to not get caught up in the little annoyances of life and try to just appreciate the ride.

Grateful: That I just had a visit from a dear friend from Germany. It had been over a year and a half since I'd seen her, and it was great to catch up. Plus we're both kind of in transitional phases of our lives right now, so it was nice to talk about that to someone who totally gets it!

Waiting for: My four-year-olds to finish recording their CDs of the songs we've been practicing all year, so I never have to hear those songs ever again! I'm pretty sure being made to listen to the same ten children's songs in bad English at least 3 times a week for 9 months constitutes psychological torture. They may be forever stuck in my head!

Excited about: The fact that there are only 10 weeks until graduation. Only two more master's classes, handing in our thesis, and that's all she wrote! I'm excited, and of course a bit nervous to see what's next and if I'll be able to apply everything I've learned in the real world.

Loving: My students. I've really loved getting to know them on an individual basis this year, since I've been able to spend so much more time with my classes than I ever had in any of my jobs in the past. I'm so proud of them every time I notice them making progress, and I love that feeling. 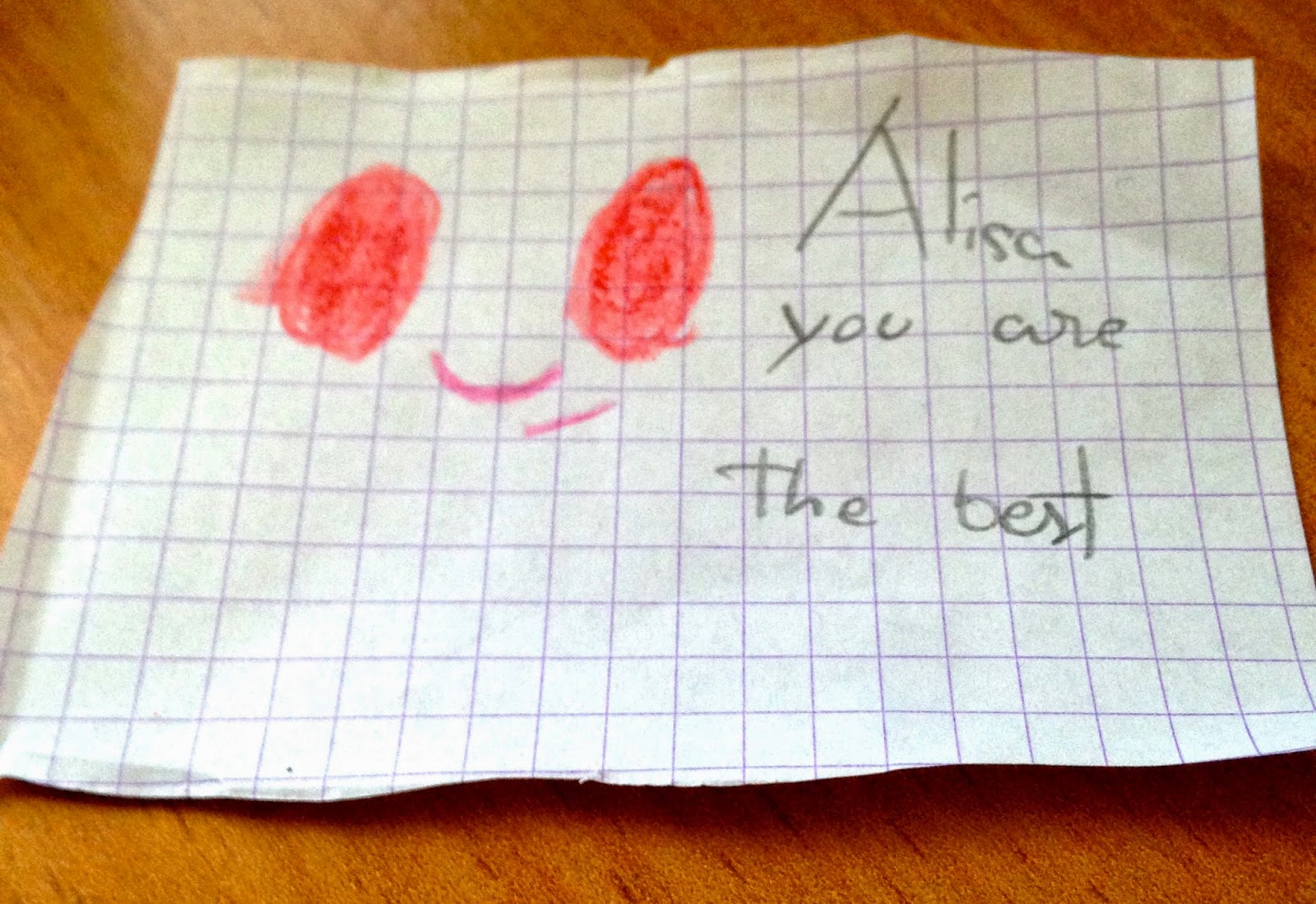 Wanting: Time to both speed up and slow down at the same time. I can't wait to be done, and yet afterwards there is a big question mark, and that's more than a little terrifying. I know things will work out as they always do, but sometimes I worry anyway.

Hoping: This transitional stage is one of the last major ones I have to go through in the next few years. All the stress is starting to give me wrinkles!

Planning: A trip to Catalunya in a few weeks for my first-ever blogging conference!