The ABCs of Teaching Abroad

(Please note, this is very different from teaching the ABCs abroad, which I have explained before!) 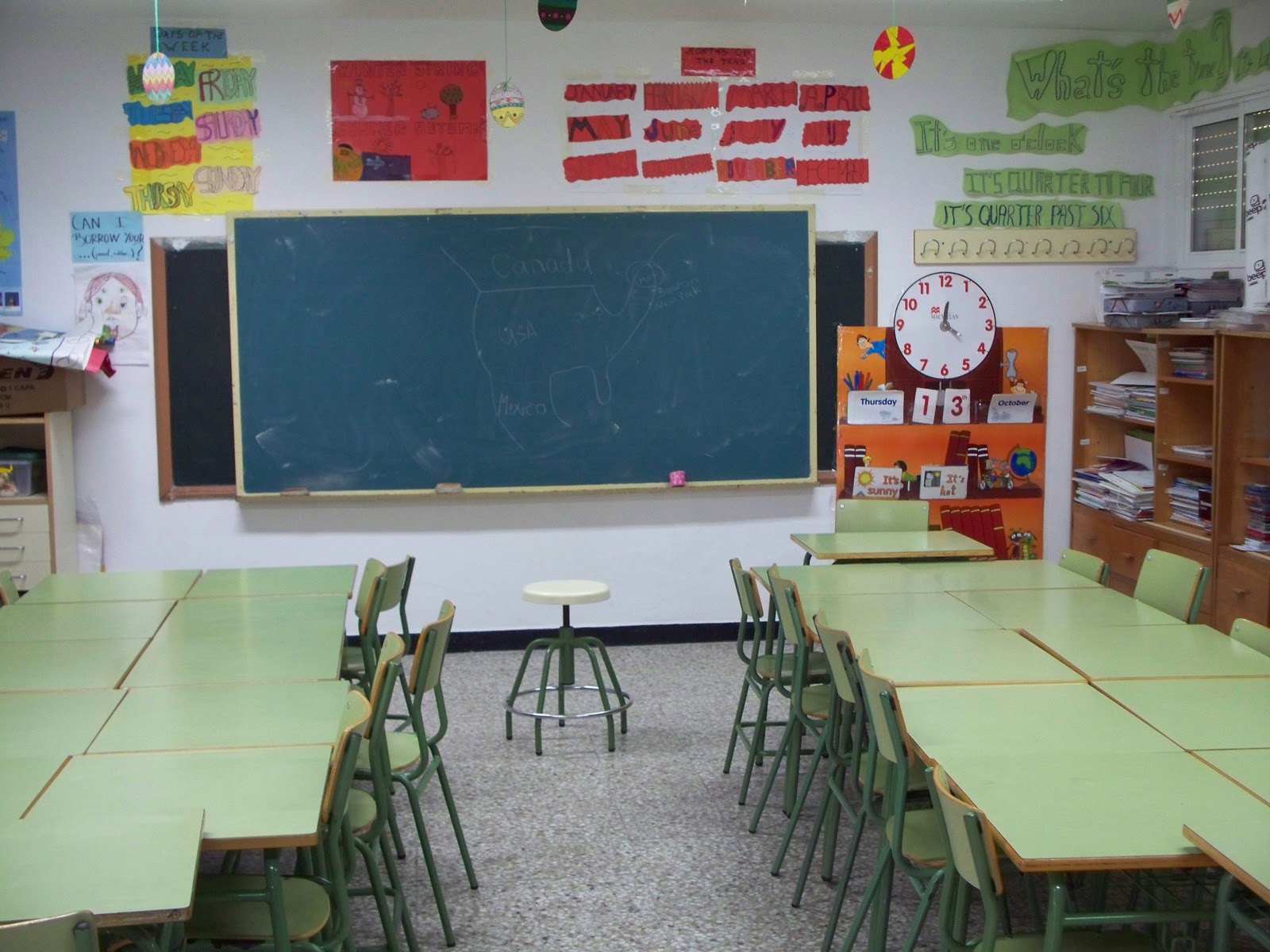 I haven't blogged much in awhile, not because I'm not bursting with things to say (really, I am!), but because my life is so busy and full right now that I have TOO MANY things to blog about and not enough time to do it! So, here's a quickie with some cute anecdotes about small children, who make up a large part of my life right now. And who doesn't love small children? (Please note, if you do detest younglings, maybe you should forego the rest of this post...)

Without further ado, the ABCs of teaching abroad!

A is for Alisa, aka TEACHEEEER, both of which are my accepted names in Spanish schools. I'm also known as Alisiña in Galicia, and more recently, Alisita here in Madrid. Curiously, I was never Alisette in France, but I suppose this is because the French are more formal and all teachers are known as Madame or Monsieur.

B is for British English, which is occasionally the bane of my existence. No, I cannot put on a fake British accent for class. Yes, I still feel awkward about saying rubber instead of eraser. And yes, it makes me mad when the children get yelled at for saying ON the weekend instead of AT the weekend. Both are correct, people!

C is for Cafeteria Food, which I have a love/hate relationship with. Love that it's free, hate that it makes me fat, am ambivalent about the taste most of the time. Some days are great, and others...not! I guess that's a good metaphor for life (now I'm getting too philosophical about mashed potatoes, oops).

D is for Duck Duck Goose, which I just taught to my four-year-olds, who really loved it...until one of them tripped another one on purpose and had to go in time-out. After that incident, the game had to be sliiiiightly more controlled!

E is for Extracurricular English Classes, which I'm really struggling with. I have two hours a week alone with 12 four, five, and six-year-olds, and I'm not allowed to speak any Spanish with them, not even for punishment. So far, this has resulted in utter chaos. All of this is quite new to me, and if anyone out there has advice on teaching mixed ages and levels, I would greatly appreciate it!

F is for Fistfights, something I hope to never again witness in one of my classes. The moment when I realized two 20-year-old French boys who were taller than me were about to duke it out last year was one of the most terrifying of my life, and I wish to never ever repeat the experience.

G is for Guiris, aka the other auxiliares at my school. There are 6 of us, and I've found it's pretty nice not being totally on my own and having people to share my experiences with. Some of my fellow guiris have become my best friends here in Alcalá!

H is for Hugs, which I get a lot of from my little ones. This is one of my favorite things about working with small children, how affectionate they are! It's also something I love about Spain, that preschool teachers are allowed to hug and kiss their students.

I is for Ill, which I've been pretty much constantly since starting work this year. Playing with preschoolers half the day probably isn't helping the situation, but I'm trying to be vigilant about washing my hands afterwards and hopefully things will get better.

J is for Jungle Gym, which is my four-year-olds' favorite word. It is absolutely adorable to hear them scream "junga gym!" whenever I point to a picture of one.

K is for King of the Day, a system I'm going to implement in my extracurricular lessons. The general idea is that a different child will be given the responsibility of keeping the others' behavior in line each day (as well as a crown to wear, a que mola, ¿no?). We'll see if that works to keep the classroom from seeming like a total zoo!

L is for Love, which is how I feel about working with little ones this year!

M is for Madame Chicago, as I was called in France. The teenage boys who gave me this nickname were a little cheeky and sometimes irritated me, but I quite liked the name. It's cute, don't you think?

N is for No, which you would think would translate perfectly to Spanish, given that it's the exact same word in both languages. Somehow, this is not always the case in class, and I'm still puzzled as to why... (No, I'm not really. Students love to use the language barrier to their advantage!)

O is for Other teachers at my school, who seem nice, but who I've been struggling to connect with. I would like to make friends with some of the younger ones and hang out after school, but we're not quite to that point yet. Hopefully soon!

P is for Pockets, the name of the book we're using in my four-year-old classes this year. There is a song that goes along with this book that is CONSTANTLY in my head and I fear it may drive me mad. "Pockets, pockets, let's have fun..." Aghhhhhhhh!

Q is for Quiet, which I no longer know the meaning of. I'm learning fun classroom management strategies in my master's classes to try to make it happen though!

R is for Real, as in "Are those your real eyes?" This is a question I'll never forget from one of my Galician students. Had she genuinely never seen blue eyes before? (Note: I know for a fact she had, as Gallegos are Celtic and many of them are blue-eyed.) I was tempted to be snarky and say something like "No, I had my real ones surgically replaced." However, I generally try to contain my sarcasm with children and my actual response was a bit kinder.

S is for Sexy, which one of my fifth-graders accidentally confused with the word "funny" today in class, when describing his father. As unprofessional as it was, I was entirely unable to control my laugher. Tee hee hee.

T is for Tijers, or what my Spanglish-speaking four-year-olds often say instead of "scissors." This has caused the historical linguist in me to wonder if the words have the same root. Does anyone know?

U is for Uniforms, which my students this year have to wear. I miss getting fashion tips from girls fifteen years younger than me, however on the upside I've learned a new word, which is babi aka "art smock," which all primary students must wear over their shirt and pants. Ah, private schools...

V is for Vergüenza, one of the main barriers between Spaniards (and the French, you guys aren't off the hook here!) and speaking fluent English. The word means embarrassment, and it's something Spaniards (et les français) tend to feel whenever they have the impression that they may be seen as ridiculous. They fear making mistakes, because they think they look silly when they make them, and so many people never even bother to try. Luckily, at my school this year, English is emphasized so much from such an early age that the students have mostly gotten over the fear of ridiculousness, which I think is amazing in a culture where being seen as strange, unique, or different is definitely not a good thing.

W is for White Out, which Europeans are obsessed with. One time, I told a European student to just scribble it out when he made a mistake in pen, and he gave me the most horrified look and said "but that would be so MESSY!" Ahhh, the preoccupation with propriety here that drives me mad on occasion...

X is for eXtroverted, which teaching is teaching me to be...at least a little bit more. At the very least, I now know how to speak loudly and clearly to a full room of people, something which would have been difficult for shy little me four years ago.

Y is for Yelling, which happens a lot more in Spanish schools than American ones. Spaniards are louder than us in general, so I guess it makes sense, but I still flinch when anyone raises their voice, regardless of the fact that it's directed at the students and not at me.

Z is for Zoo, which is sometimes how a Spanish classroom feels. Students crawling on the floor? Check. Kicking each other? Yup. Throwing things? Definitely. ...How exactly is this different from being in a monkey cage?


As much as I like to joke around about my silly students, both past and present, in the end I really like my job and am very proud of each and every one of them. I'm so glad I accidentally fell into the profession of teaching abroad! Also, things like the note below make it all worth it. :-) 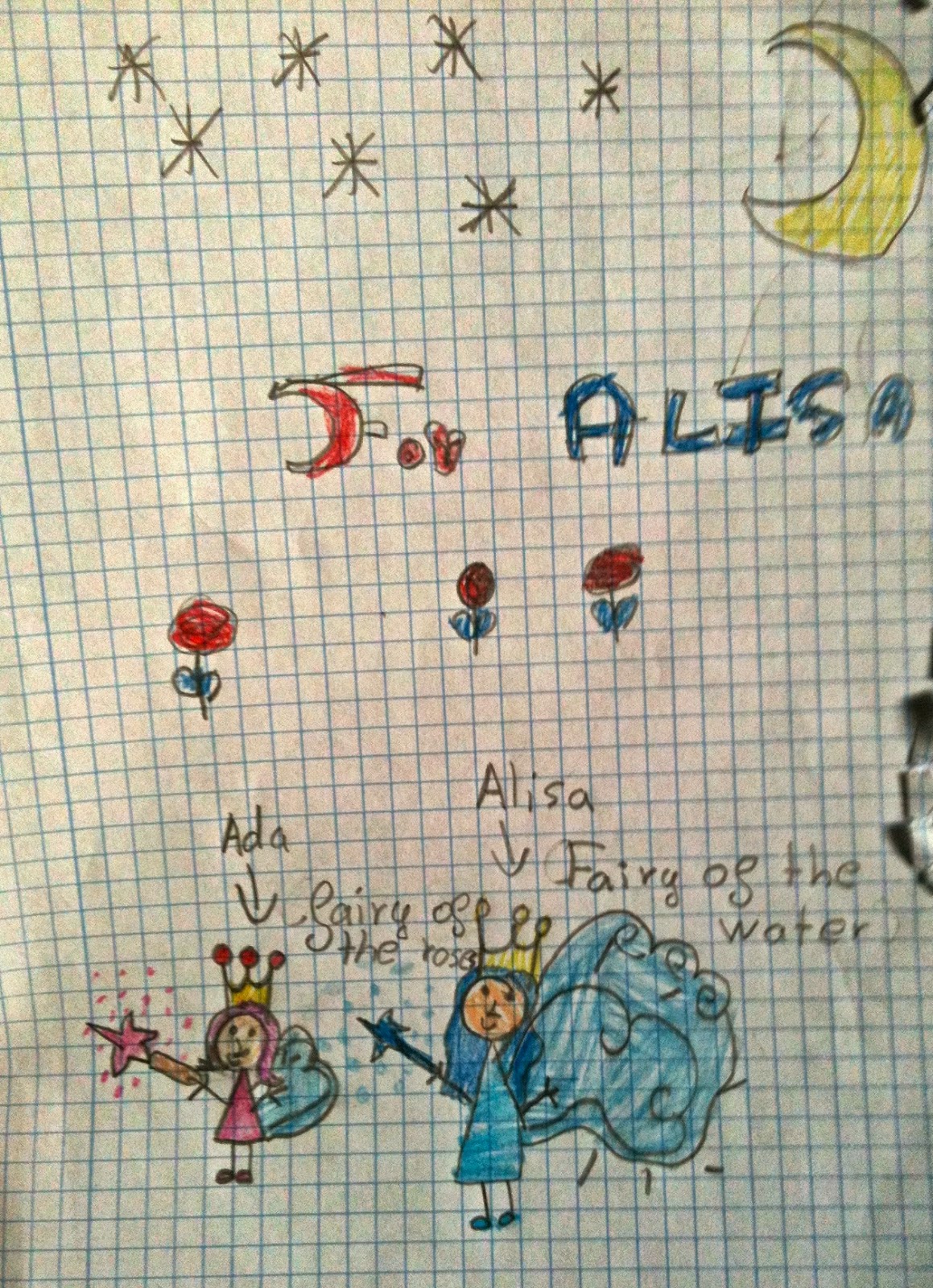