In Which I Am Mildly Obsessed With Fall Colors 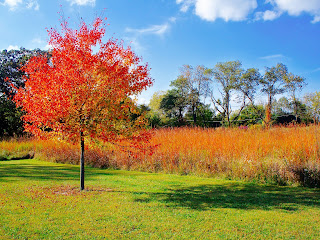 One of the things I really missed while I was living in Spain was experiencing four distinct seasons a year. Everywhere I lived, there seemed to be only two seasons--summer and winter, with hardly a buffer in-between. And while spring and fall did exist there, I never noticed them as much as I did when living in the United States. I think part of missing fall had to do with the absence of leaves turning--in Spain, many trees are trimmed of leaves before they have a chance to fall, so I didn't get to experience those bright reds, oranges and yellows that I craved.

Have I mentioned yet how much I love bright colors? I mean, I know I'm not the only one to get excited about the leaves turning and it being FALL and PUMPKINS etc etc. But I think my interest in pretty autumn leaves may be slightly beyond that of a normal person...i.e. in the past few weeks I've gone on multiple bike rides PER WEEK out into the countryside with the express purpose of photographing fall leaves. And while this is really great for my physique, I fear that it may also be bordering on mild obsession. 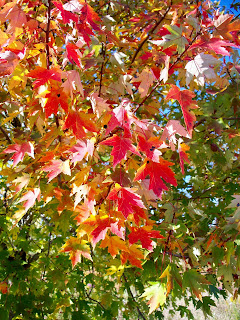 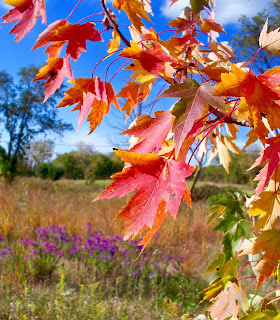 But hey, instead of putting it that way let's just say that I'm gaining a passion for bike riding and photography! And while I ignore the fact that there is at least one person I can think of out there picturing me almost swerving into traffic and swearing at cars in French because I was a typical gas-guzzling American who hated sustainability and exercise and hadn't ridden a bike since I was 10 years old was unused to biking as a serious means of transportation, let's check out some of the photos I was so excited about taking! 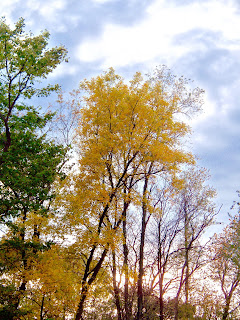 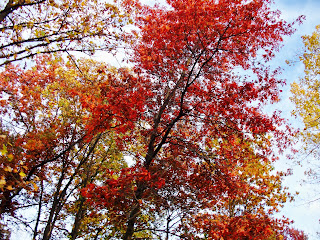 Luckily, we've had quite the Indian summer this year, so I had a lot of sunny days to go out on my bike. As I write this, we're in the middle of a week of weather in the 70's F (mid-20's C) in November, which is insane for this part of the country. When I was a kid, we always used to have to go trick-or-treating in snowpants! I came back here to get to experience seasons again, and I am confused. What is happening to the fall chilliness? El Niño and global warming, I'm looking at you! I guess I'm not complaining, due to weirdly being now more used to crazy heat than crazy cold due to my time in Madrid, but still...this is strange. 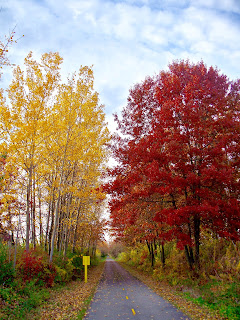 Also luckily, there is a nice bike trail that runs near my house, so going out involves neither dangerous traffic nor swearing! I have to say, I'm immensely grateful for that, because I am still not the steadiest person on a bike. Let's just say that trying to take pictures of leaves while still riding was not my brightest idea ever. #fail

And in case you're wondering, no, none of the photos featured here are my taking-photos-while-riding-and-almost-falling-off-my-bike-into-a-ravine ones. I'll just keep the atrociousness of those photos to myself, thank you very much! I have learned my lesson--first stop the bike, then take pictures. 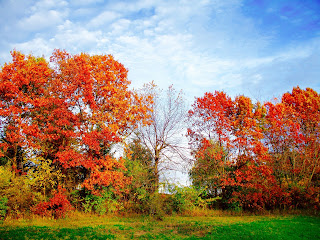 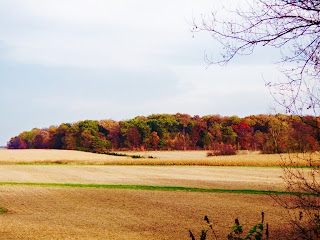 Another thing I have to say I'm happy about is to even have access to a bike again, after so many years with only my own two feet as my main means of transport (even if my awkwardness+a bike is just a recipe for disaster). It's kind of crazy how excited I get about little things like having my very own bike to go places with, but I marvel at just how much further I can get in such a short amount of time on a bicycle. Silly? Yes. But still true. 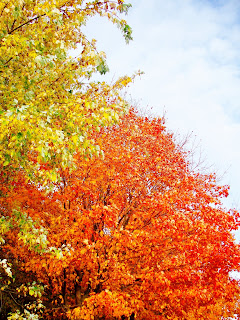 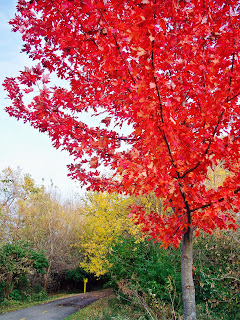 The last of the pretty leaves are just about to fall off the trees, so soon my commute to work in the morning will be that much less interesting, AND I'll have one less excuse to get out and exercise (as if freezing temperatures, snow, and the sun setting by 5 pm weren't reasons enough to stay inside getting fat all winter long). If you couldn't tell, I'm feeling rather sad that autumn is on its way out and winter is knocking at our doors. I haven't had a real winter in over 4 years, and I'm just sliiiightly apprehensive about once again dealing with ice and snow and temperatures of -25ºC (-10ºF). And did I mention living in near-constant darkness due to the sun setting so early? Damn you, daylight savings time! 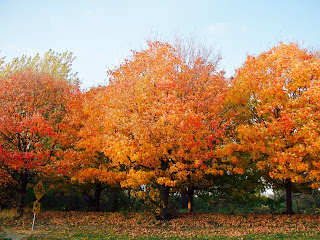 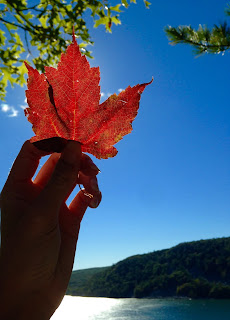 It looks like today was probably the last "nice" day of the year, so I've got to get used to more grey skies and try to get myself amped up about the nice things about winter (that I actually do love), like snow angels and sledding and snowboarding and ice skating. I've just been spoiled by these nice temperatures, and did I say already that I'm not used to the cold anymore? Even on these 70ºF (20ºC) days, I have this compulsion to wear a light jacket, and my fellow Americans think I'm nuts. Maybe I've been around Spanish people too long and feel that I must dress for the season rather than the actual weather? Or maybe I'm just paranoid about getting cold since it happens to me so easily. Clearly, this bodes well for the winter ahead. 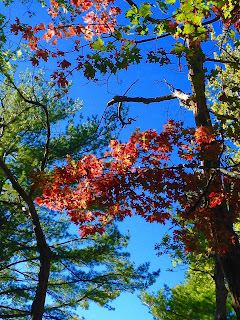 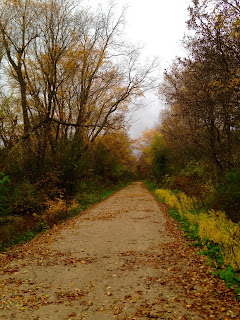 Whatever my issue is, get used to the cold and dark and ice and snow I must, and so I will (try)!

But that doesn't mean that I can't return to look at these pretty fall photos every once in awhile to remind myself of beautiful bright-colored leaves seen on sunny days from my precarious perch atop my bike. 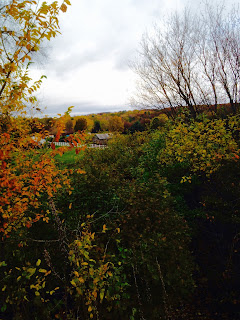