This is pretty much a constant in my life right now, but at the moment I really miss Spain. Reverse culture shock is the worst, and it's been taking its toll on me for most of the summer. I can come up with a million things I miss, from the lifestyle to the language to my amazing Spanish friends...but right now my tummy is rumbling and I could REALLY go for some Spanish food.

"But what Spanish food?" you may ask. Where I'm from in the US, people generally don't know that Spain isn't just the same as Mexico, let alone know what they eat there. So when I talk about my dreams of the following items, I usually get blank stares in return. I miss pretty much ALL Spanish food, but here are some pictures of some favorite items. Drool with me, please. 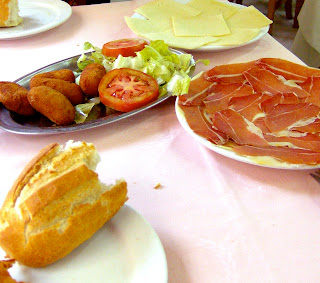 Jamón, croquetas, queso y pan...four huge staples in Spanish cuisine! Every one of them delicious and easily available...in Iberia. 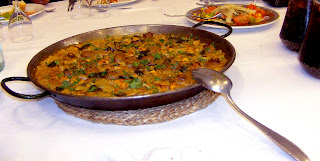 That "typical" Spanish dish that I love but almost never ate there: paella. 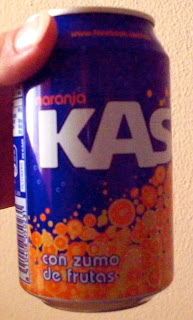 There's something special about this pop, and I don't know what it is. But I love it. 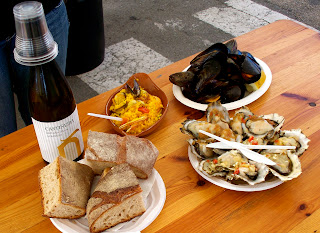 The seafood, ahhhh the seafood in Galicia. There's nothing like it. And washed down with a cold glass of albariño...perfection! 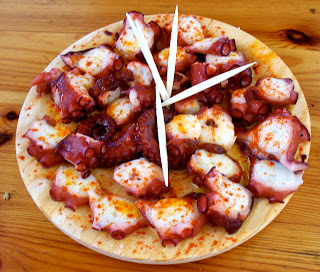 Another Galician favorite--pulpo! Some people find this squicky to eat, but I found that it grows on you. And you really should learn to like it, because it's a staple at every Galician festival. 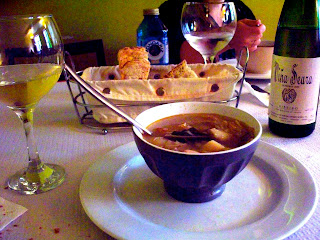 More typical Galician favorites (can you see the bias yet?). More wine, of course, and caldo gallego, a wonderful hearty cabbage-and-bean stew for a cold rainy winter's eve.

I'm pretty sure these aren't even Spanish, since Kinder is German...but the name is Spanish and I discovered them in Spain so I'll go with it. These are best candy bars in the world, bar none. 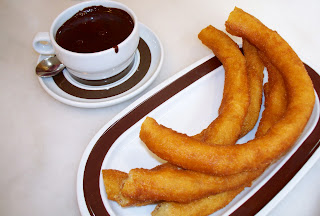 Oh god, churros con chocolate, the breakfast of champions. Or the late-afternoon snack of champions. There's nothing like a melted pot of pure chocolate to dip your deep-fried dough in. 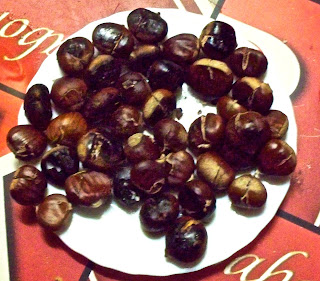 Castañas asadas, or roasted chestnuts, are such a popular fall/early winter treat that in Galicia they have an entire festival just for them--magosto! I don't know why we don't really eat these in the States, but we should, because they've got a hearty meaty nutty flavor that is really wonderful. 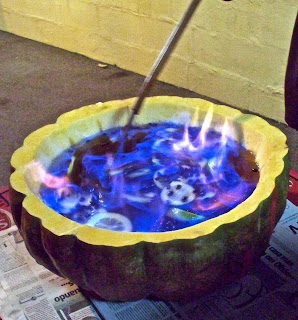 Queimada, or homemade alcohol with fruit and spices burned right in front of your eyes, is a typical Galician treat. It's pretty strong, but if the right person makes it, and if they remember to say a chant to ward off the meigas (Galician witches), then it's pretty good. 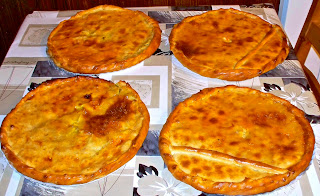 These are some Galician empanadas. They're not what we think of in America as empanadas...not at all. They're kind of like a salty pie filled with vegetables and meat, and they're delicious. 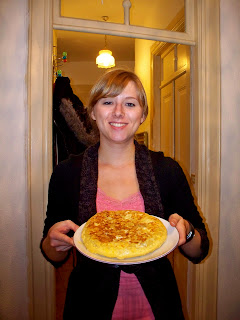 Arguably the most "typical Espanish" dish, the perfect tortilla española has been eluding guiris for generations. My "potato omelet" (as we'd say in the States) here looks pretty good, but I'm sure a real Spaniard would be able to quickly tell me what's wrong with it. I think they start teaching them how to make it while they're still in their cradles! 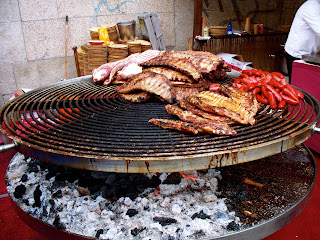 Mmm delicious churrasco. Those Spanish, they sure know how to roast a chorizo to perfection. Not to mention ribs! 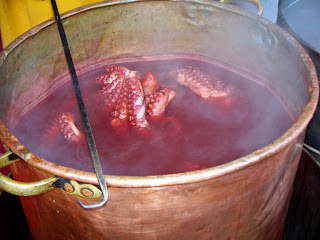 Gratuitous extra pulpo (octopus) picture. Can you smell the deliciousness coming out of that vat? I can. 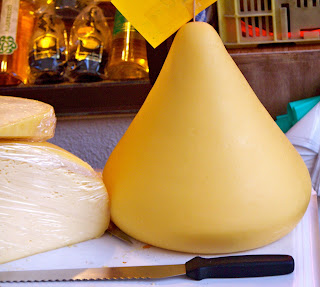 Quite possibly one of the best cheeses ever, just for its name. This is typical Galician tetilla (tit) cheese. Because...well...it looks like a....yeah. 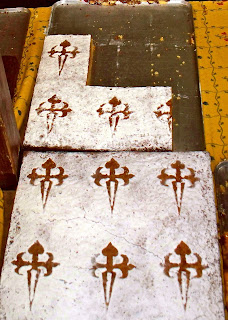 Here we have tarta de Santiago, an almond cake that bears the cross of St. James. It tastes so good and it looks so holy. How can you go wrong? 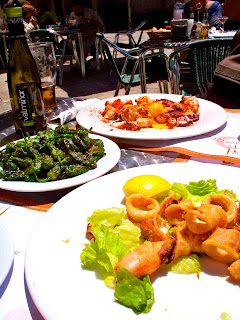 More Galician seafood...and wine. And pimientos de Padrón. Some of my favorite things in the world, those little sometimes-spicy peppers. And chipirones! Another thing with tentacles that tastes even better than octopus (in my humble opinion). 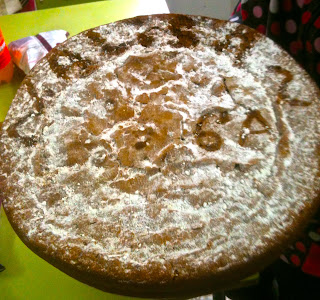 And finally, we come to the best Spanish food ever created...a cake baked by one of my sexto de primaria (6th grade) students for a surprise party during our last class. He even wrote my name on it! The sweetest thing in the whole world. I miss those kids....almost as much as I miss Spanish food.
(Or maybe more, but don't tell that to the jamón. It gets grumpy.)

Anyone else out there having hunger pangs that only Spanish food can take care of? Anyone else know what it's like to have such visceral reminders of how much you miss a place?
Posted by Alisa at 4:58 AM