What to Bring to Spain (And What to Leave at Home) 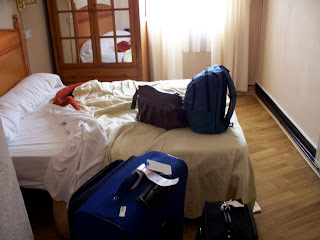 Packing your bags for a year (or maybe two) in Spain is hard. Really hard. You need to have clothes for multiple seasons, shoes that won't kill your feet when you're walking absolutely everywhere, and of course some stuff to remind you of home. But at the same time, you don't want to be that person in the airport who has to get two trolleys to carry around their multiple hefty bags, nor do you want to pay exorbitant extra bag fees. Thus, packing becomes an art, or a game. It's 3D Tetris, if you will.

Most people are aware that they need to bring layers and solid shoes. But there are some things that, in the stress of those last jam-packed days, they might not think of.

1. A winter coat, hat, gloves & scarf--Depending on where you're going in Spain, these can be essential items that many people don't think of. I know I'm not the only one who was sitting around in a blizzard while applying to be an auxiliar de conversación and dreaming of sunny Spain...but not all of Spain is that way! Galicia, where I live, is quite rainy and definitely gets a bit chilly in the winter. And even when I visited a friend in Málaga in February, I wore my winter coat part of the time. I actually have three coats here in Spain--a spring jacket, a rain jacket and my winter coat. They took up a lot of room in my suitcase, but I figured I wasn't going to have the money to spend on a good coat in Spain (and I was right). 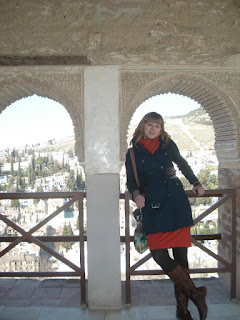 Bundled up at the Alhambra--photo by my lovely friend Heather

2. Medication--The grant for auxiliares de conversación comes with medical coverage, but it's absolutely basic. That means that it's probably not going to be as good as the coverage you get on your parents' plan at home (or your own plan at home). Also, if you're like me you would prefer to avoid going to a Spanish doctor at all costs, because that seems simply terrifying. Thus, I brought months worth of medications with me so that I wouldn't have to try to get a prescription in Spain. I also brought Sudafed with me, because in my experience Spanish cold medications do not work. At all. I brought my own vitamins as well, mostly because I'm picky about what kind I take.

3. Toiletries (Deodorant and makeup)--You know all those jokes about how Europeans never wash and don't use deodorant? Not true, but their deodorant is the spray-on kind, which if you're like me can seem like more than you could ever possibly get used to. So if that's the case, bring a stock of sticks of deodorant with you from the US. And girls, if you like a particular brand of makeup, or if you just prefer not to pay 10 euros for a small bottle of coverup, then I suggest you stockpile.

4. Leather boots--For this one, if you're a girl, I don't care how cold it's going to be wherever you're going in Spain. You're going to want leather boots, because that's all Spanish women seem to wear on their feet between October and April, regardless of the temperature. Boots with skinny jeans, boots with shorts and tights...you'll need them. But if you're in Galicia, WATERPROOF THEM before you come. Your feet will thank you for it. 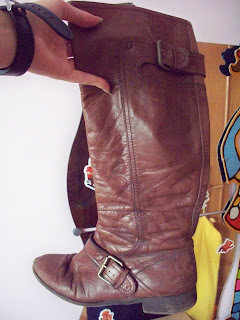 These poor boots, they lived a short but intense life.

5. A power converter--This one might seem obvious, but I'm going to go ahead and mention it anyway. I don't suggest bringing much in the way of electronics to Spain, but of course you're going to want to have a computer. That computer will probably become your only means of communicating with everyone back home, and will be almost as precious to you as your (hypothetical) firstborn child. And, of course, for that computer to function here, you need a power converter. For Mac users (aka me), getting one was simple--the Apple store sells a set of different plugs that you can just snap onto the charger you already have, and you're set to go for anywhere in the world. Easy peasy. For everyone else...I honestly don't know, but make sure you get a converter good enough that your computer won't fry. Nobody wants that.

6. Favorite foods--Of course you want to immerse yourself in Spanish culture and eat as much of their delicious food as you can, but on occasion you're going to be homesick and want your favorite comfort foods. Or you will have mad food cravings that only Mexican/Chinese/Indian food can cure. For these times, I recommend bringing a few (nonperishable) favorite foods with you. For me, these include: peanut butter (available in Spain but really expensive), taco seasoning (for the lazy cook), Miracle Whip (I hate mayonnaise and I'm not afraid to say it), Kraft macaroni and cheese cheese packets (for days when you miss being little), and candy (mostly peanut butter-flavored, like Reese's Pieces). I also have a whole bunch of recipes, which have come in very handy not only for my own food cravings, but for Thanksgiving and also for lesson planning! 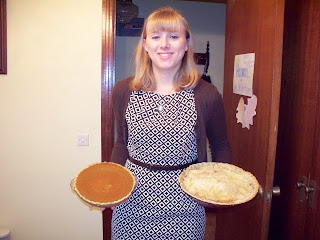 7. Books--Maybe you're not a voracious reader like me, but as an auxiliar you should be planning on having a lot of downtime, particularly hours where you're sitting around at school waiting for class to start. Thus, I recommend having some books to read, be they in Spanish or English (Spanish helps you learn, but English is definitely more relaxing). Of course, the problem with books is that they weigh a lot, and so some people go the e-reader route and get all of their literary content that way. I'm not a huge e-reader fan because I just like the way real books feel in my hands, but it is nice to be able to read things while not having to think about how much room they take up. Thus I kind of go 50/50 on this one--I bring some real books and then supplement them with downloaded ones on my iPod.

8. Things to remind you of home--Everybody gets homesick from time to time, and it's nice during those moments to have something around to make you feel closer to home. For me, this consists of a small Green Bay Packers pillow (which also serves the dual purpose of being very handy for overnight bus and plane trips) and lots of photos of my family.

9. Teaching supplies--I wouldn't overload on these, but I found it helpful last year to have a few things from the US to supplement my lessons. Mostly I used stickers with English words on them, a few children's DVDs and 2 storybooks. This year I'm going to get a map of the USA and an American flag to hang up in the classroom, because all my school has is maps of England and the kids keep forgetting that I'm not British. 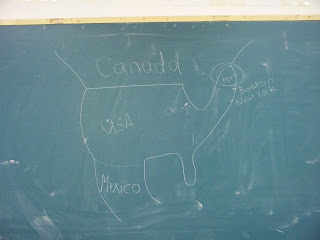 10. Enough money--This is the most important thing of all. You are going to spend more money in your first couple of weeks in Spain than you probably want to think about. It's expensive getting set up in a new place--living out of a hostel for a while, paying for the first month's rent on an apartment plus a deposit, buying food supplies, etc. etc. And on top of that, you're not going to get paid until the first of November; that's a whole month (at least) without any money coming in, unless you're able to get some private lessons set up really fast. Plus some communidades have had trouble paying their auxilares on time...there have been stories of people not getting paid for the first time until December. In Galicia, we never had any real trouble with that, but you never know. Bring as much money as you possibly can, and definitely more than $2000.

Then there are a few things you could possibly bring, if you like to trick yourself into leaving enough room so that you can buy things while you're abroad (I do). All of these things, of course, exist in Spain, but they can be a little more expensive than at home, and if you bring them you'll either use them up or be able to throw them out when you're eventually heading back to the States. They include:

1. Batteries (for your camera)
2. Bath and beach towels
3. Toothpaste
4. Shampoo/conditioner
And finally, a few things that you really needn't bother bringing, because they will either break or be totally useless to you.

1. A hairdryer or straightener--So many people bring really nice hair accessories and a power converter and expect all to be fine and are then really disappointed when their nice dryer/straightener gets fried. I wouldn't risk it, just buy a crappy one while you're here and throw it away before going back home.

2. Bedsheets--European beds don't come in the same sizes as US beds, so sheets from your bed at home, while I'm sure very comfy, aren't going to fit your mattress here. Sheets are really not very expensive at the chino stores, and can also be thrown away when it's time to head back home. 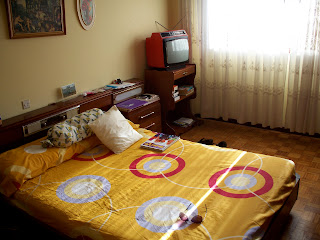 3. High heels--I truly believe that only born-and-bred European women can walk on these cobbled streets gracefully in high heels. When Americans do it, we just look like newborn foals trying to stand up for the first time. Trust me, that isn't attractive. And do you really want to be walking on broken glass in bare feet in a bar at 6am? Stick to your flats and be happy.

Hope you incoming auxiliares find this helpful, and if you have any doubts about whether to bring something or not, shoot me a message or comment. I'll try to help, assuming you're interested in my opinion.
Posted by Alisa at 6:43 PM