I think the thing I miss most about blogging more regularly (other than writing itself, which I love dearly) is getting to share my photos with the world. This past year, I finally got my first DSLR camera and have been enjoying playing with it all the time and learning about photography, so naturally it makes sense that I would keep all of those fun photos to myself...NOT.

All this photography has been one of my main sources of joy this year, and I'd like to show off a little. So this month I'm doing a review post so other people can share in my happiness at learning to take interesting photos!

In November 2016...
I spent two full weekends in the city this month. I try to get to Chicago as often as I can, but two weekends in the same month is a rarity for me. I love every minute of it, other than how ridiculously expensive everything seems. But there are so many fun things to do there, how can I resist spending money?! 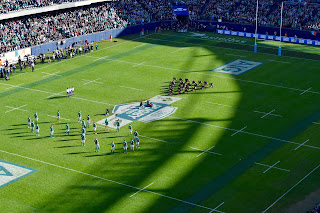 Early in November, I went to my first ever rugby game in Chicago! I was supporting New Zealand's All Blacks, who were highly favored to win. 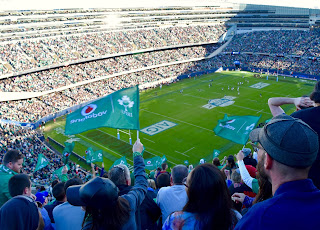 However, there was a slight Irish bias in the audience due to the numerous Irish immigrants in Chicago. The Irish team even said they felt like it was a home game, despite being all the way across the Atlantic Ocean from home. I guess it was a significant win for Ireland, who hadn't beat the All Blacks in some shockingly large amount of years. Regardless of who won, I had fun trying to figure out the rules of rugby and yelling at players to "GO GO GO!!" And I may or may not have stolen one of those green rugby league flags... 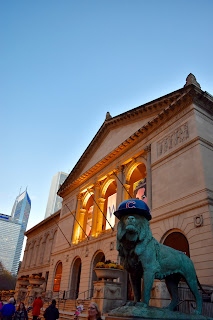 In other sports-related news, the Chicago Cubs won the World Series and the city went INSANE about it. I can't profess to being a baseball fan (too slow for me). However, if I had to pick a favorite team it would definitely be the Cubbies, since they have a cool history and mythology surrounding them. And after over a hundred years' drought, I think they deserved the win. 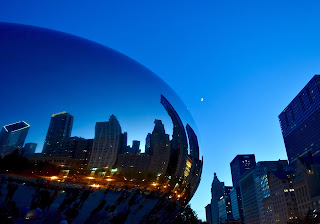 I took one of my nephews on his first Chicago tour, so I spent some time with the more touristy monuments, like the Bean. I've taken a rather silly number of photos of this thing over the years! 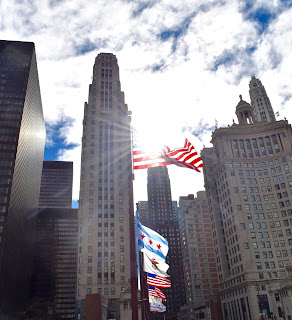 This is another of my favorite spots in the city. I'm obsessed with the different flags on this bridge. The first is the American flag, followed by the Chicago city flag, then the flag of the state of Illinois, and then several repetitions of these same three. "Fun with Flags!" as Sheldon Cooper would say. What? I like flags. #sorrynotsorry 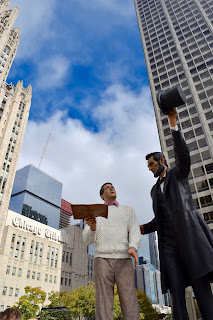 A few years ago, Marilyn Monroe was in this spot by the Chicago Tribune holding down her skirt over an imaginary giant New York City subway grate. Now the Land of Lincoln's favorite president has taken over the spot. Much more appropriate, if you ask me! 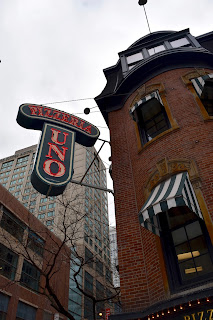 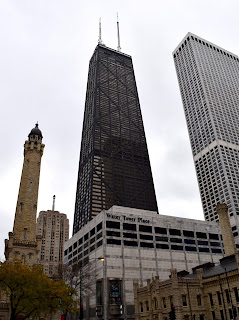 I had fun explaining some Chicago history to my young nephew, and he was shocked to learn that the water tower was one of the few buildings left standing after the great fire. "But what about the Loop?" he asked. Not there, sorry kid! 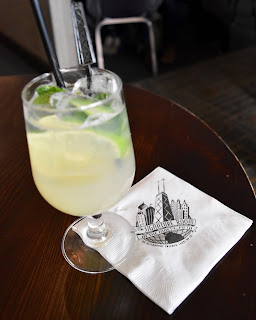 This is my favorite tourist trick in Chicago. It costs almost $20 per person to go up the Sears Tower or to the 360º observatory in the Hancock Building, but you can go up to the Signature Room in the Hancock for the price of a drink, and the views are totally great! 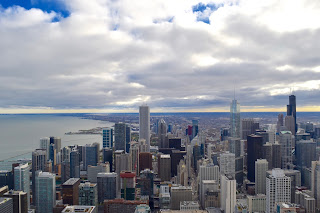 And if you're a girl, don't forget to visit the ladies' room for the best view from the Hancock! 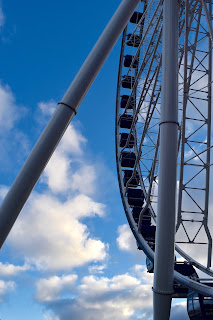 Next up on my personalized child-friendly Chicago tour, the Ferris wheel on Navy Pier. In all the times I've been in the city, I'd never done this before. Was it overrated and overexpensive? A little. But the views up there WERE pretty spectacular. 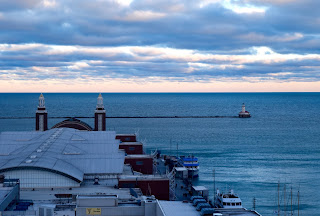 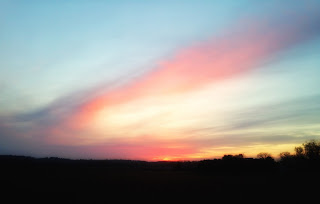 After two jam-packed weekends in the city, I appreciated the quiet beauty of moments like a prairie sunrise on my work commute. 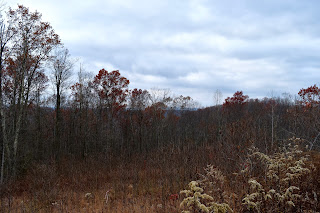 At the end of November, I spent Thanksgiving week in wild and wonderful West Virginia. Here in the north, the autumn colors are long gone, but not down south! 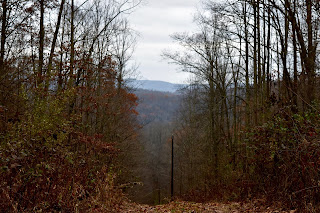 Winter's chill has yet to set in really down south, and so the rolling hills of the Appalachians were covered in both mist and bright reds and oranges. I don't know what it is about mountains, but the second I laid eyes on those hills a yearning to live in them called out loudly inside my heart. Suddenly, the wide-open plains of Illinois seemed immeasurably boring compared with mountains for me to scale. And all I can say to myself is "Be quiet, wanderlust! I'm trying to figure out this whole stability thing here!" 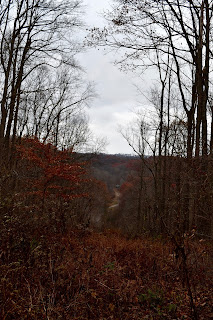 Our little cabin out in the woods at ACE Adventure Resort was the perfect cozy retreat from my hectic life. 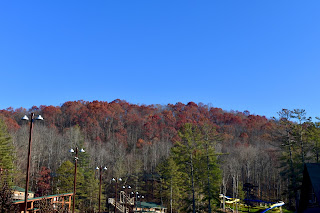 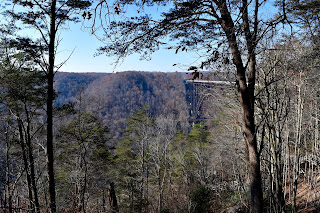 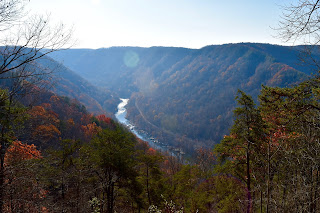 My question for myself as the madness of December falls upon me is: Can I get a cozy mountain retreat from real life once a month, EVERY month?