SMH, Rockford: Thoughts on the Condemnation of One of My Hometown's Most Famous Landmarks 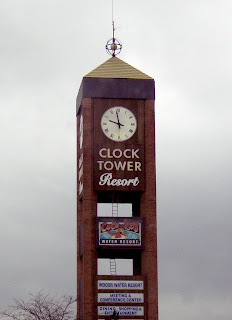 Can you imagine what the world would have to say if London allowed one of its most famous monuments, Big Ben, to fall into enough disrepair to be condemned?

(Well, more accurately, if it allowed the Elizabeth Tower to be condemned--after all, it's hard to condemn a gigantic bell! /nerd)

Would people take it in stride, or would it be a huge scandal?

I feel fairly confident placing my bet on the latter.

And that's basically exactly how I feel about my hometown (Rockford, IL) allowing its own landmark clock tower to be condemned. Sad. Astonished. Embarrassed.

The comparison between Rockford's and London's famous timepieces jumps easily to mind because of an adorable moment with one of my students last year. He was studying about famous landmarks around the world. My wanderlust-ridden soul was instantly intrigued, and I moved closer to examine the pretty pictures. He must have sensed my presence, because he held up the card he was working on and exclaimed to me, "Hey, I know this place! My dad and I just drove past here yesterday!" The picture, of course, was Big Ben, and his comment was impossibly adorable. Since that day, every time I go past Rockford's clock tower, I smile, knowing that in the eyes of a 5-year-old they are the same and we as good as live in London.

The Clocktower Resort was repurposed from a small motel in 1969 and was once a place where rich visitors to Rockford clamored to stay. The resort and convention center has since been a representation of the city to travelers from near and far who passed by on I-90, despite being located on its far eastern border. In fact, I remember once getting a text from a former auxiliar friend who returned back to the States from Spain a few years earlier than I did. It was nothing but a picture of the clock tower, with the caption "Look where I was today!" For her, as for many, the clock tower and Rockford were one and the same.

Of course, the homicide at the building's hotel last October was essentially the last nail in a coffin that had been constructed for decades. Not only had the building's water resort been closed by the local health department over a year ago for various (disgusting) violations, but the Clocktower had become known over the years as a place where teens liked to party, and alcohol often incites violence.

In a way, this occurrence feels too quintessentially "Rockford" for words. Rockford is a town that has the resources to do and be so much, that is trying so hard to shake the rough reputation it's become known for in the past 60 years. And yet, it manages to keep shooting itself in the foot in ways just like this. It allows its old institutions to fall into disrepair and condemnation for decades, ever expanding further north and east with shiny new buildings that do nothing to paint over or replace what was lost.

In some future posts, I hope to spend some time highlighting some of the wonderful local places in this gritty "real American" city that I've always had such a tumultuous relationship with. But for today, I'm feeling that old embarrassment that caused me to run away at the age of 18 without a glance back. 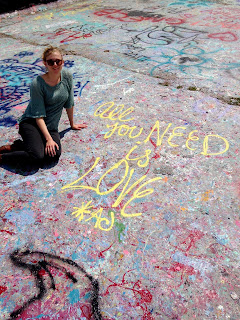 (A sneak peek of a cool "Rockford" place)

Maybe this closure will be the catalyst for some kind of positive action on the part of Rockford's citizens. Maybe there will be a new buyer who will turn the place into something truly great. Maybe this condemnation isn't as terrible a thing as my pessimistic mind makes it out to be.

But right at the moment, all I personally can think is this... 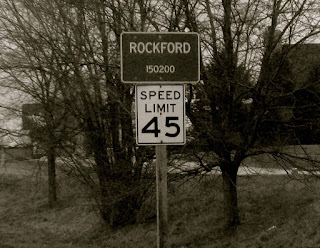