What? It's been over a month since I last posted, you say? You thought I'd given up blogging altogether? No, not the case...I was just too busy going back to the USA and enjoying time spent with my lovely family! 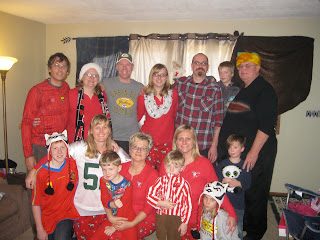 My entire immediate family, finally all together!
I won't bore you all with too much detail about that, after all you probably already know what Christmas in the US is like if you're reading this. It was so nice to go home though, and I'm really more sad than happy to be back in Spain at the moment, unfortunately. I have a feeling I'm going to spend a lot of the rest of my time here being very homesick.

Before that, I went on a trip to London and Amsterdam, which was absolutely fantastic. I've been to London twice before and Amsterdam once, so neither was entirely new to me, but I still found lots to see. And my affirmation that London is the best city in the world was simply re-confirmed! 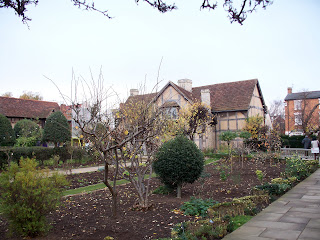 Stratford-Upon-Avon, where Shakespeare was born (a side trip we took, and well worth the time because it was so quaint there!) 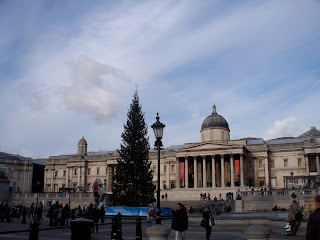 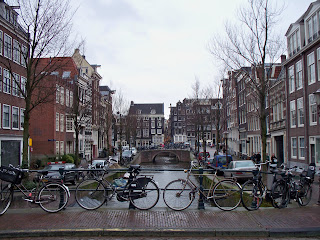 Bikes and canals, or a quick summary of Amsterdam 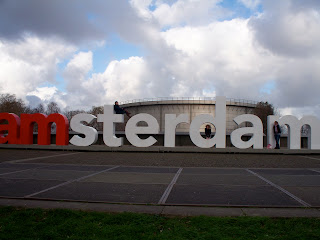 My friends and I having fun with the I Amsterdam sign (can you spot us?) 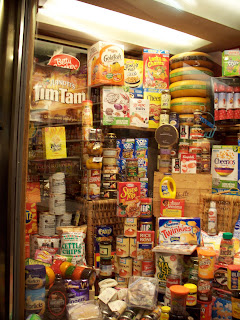 An American/British goods store we found in Amsterdam. There were so many things I hadn't seen in such a long time! I bought some Reese's Pieces for 2€ (about $3) and they were so. worth. it. 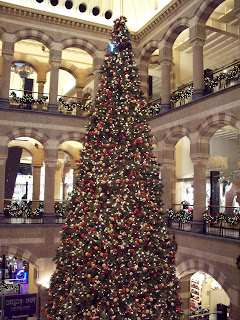 A beautiful Christmas tree in a mall in Amsterdam. There were so many more decorations on display there than in Vigo! I'm guessing that has something to do with the crisis here in Spain.
That's all for now, but hopefully I'll be back soon with more things to report. Until then, I hope everyone had safe and happy holidays!
Posted by Alisa at 10:35 PM